Home / WORLD / There is NO RIGHT TO CARRY arms in public, US appeals court says in controversial ruling on gun rights case

There is NO RIGHT TO CARRY arms in public, US appeals court says in controversial ruling on gun rights case 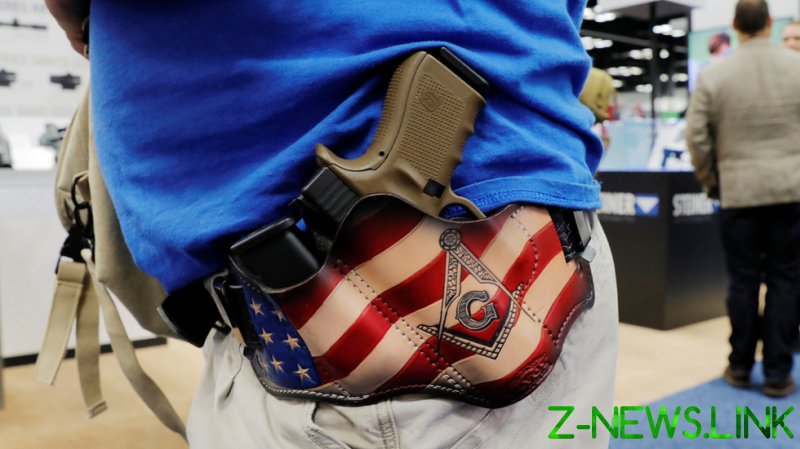 In a 7-4 ruling after the full bench review of the Young v. Hawaii case, the majority argued that “There is no right to carry arms openly in public; nor is any such right within the scope of the Second Amendment.”

The famous gun rights provision of the US Constitution applies to “defense of hearth and home,” the majority argued, while the government has the power to “regulate carrying arms in the public square.”

Neal Katyal, who served in the Obama administration as the acting solicitor general and was one of the attorneys for Hawaii in the case, celebrated the ruling.

The National Rifle Association (NRA), which was not involved in the litigation, said the ruling amounted to banning both open and concealed carry of weapons in Alaska, Hawaii, California, Arizona, Oregon, Washington and Montana – states under the jurisdiction of the 9th Circuit – adding it is “exploring all options to rectify this.”

Plaintiff George Young sued Hawaii in 2011, after he was denied a permit to carry a gun under state law and Hawaii County regulations. He argued that as applied, the law effectively permitted only security guards to openly carry guns, which was violating the Second Amendment’s prohibition on infringing “the right of the people to keep and bear arms.”

Four of the eleven judges sided with Young, saying that the Hawaii law and regulations “destroy the core right to carry a gun for self-defense outside the home and are unconstitutional under any level of scrutiny.”

Judge Diarmuid O’Scannlain called the ruling “unprecedented as it is extreme” and said that the majority “undermines not only the Constitution’s text, but also half a millennium of Anglo-American legal history,” two major US Supreme Court decisions, and “the foundational principles of American popular sovereignty itself.”

The majority argued that early American colonists brought with them “English sensibilities over the carrying of arms in public” and that technology has not changed that. Then as now, the “mere presence” of guns “presents a terror to the public” and the “widespread carrying of handguns would strongly suggest that state and local governments have lost control of our public areas,” they wrote.

The ruling comes amid a renewed push by the Democrat-majority Congress and the White House administration to enact stricter gun control measures, whether by law or executive fiat.  On Tuesday President Joe Biden pointed to the shooting attack at a Boulder, Colorado grocery store that left 10 people dead to argue for bringing back the 1994 federal “assault weapons” ban.

The week before, Democrats and the media called for stricter gun laws after a 21-year-old in Atlanta, Georgia targeted massage parlors in a shooting spree. The media and Democrats portrayed the attack as driven by hate against Asian-Americans, but the suspect said his motivation was sexual in nature.

Even before the two incidents, Biden had called for more gun control in a speech on the anniversary of the February 14, 2018 shooting at a Parkland, Florida high school.