Home / Society / There is a triad of “smart, honest, party”?

There is a triad of “smart, honest, party”? 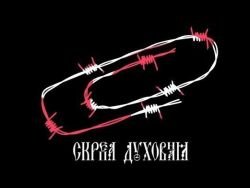 I do not see anything more spiritual, noble and practical than the great Categorical imperative of Kant, which is not to say, because usually it is not like authoritarian Leaders.

Yes, man is born free and everyone personally all should be responsible for their own individual ethical choice no matter how it was difficult and costly.

On the other hand Politicians and Revolutionaries often seem to me equally unscrupulous. Here is a dirty puddle. Most of her passes. But there are people who are happy begin to swim in it, considering it a prestigious or just because free. In Soviet times, such politicians called party (neutral) or parteytsy (hostile). Moreover, a significant number of people understood the axiom that the triad of “smart, honest, party” no one can simultaneously hold the three qualities. Several orders of magnitude less frequently had occasion to observe, on the contrary, painfully ambitious people who tried in vain to fight honorably enjoying his indignation against splashes from sewage by passing or swimming in the mud. But, as a rule, “with the butt of the oak” is not productive: the dissenters, revolutionaries and dissidents often, even as bearers of relative justice, one way or another found themselves in the mud on the ears, and most watching, unfortunately, only laughed at them.

See also:  Near Kiev there was a serious accident

About this and similar, see my

“I wrote some strange books.” So the Head of staff of the Baltic fleet explained to the sailors why Kaliningrad do not need the name of Kant.

Categorical imperative (from the Latin. imperativus – the imperative) is a concept in the doctrine of Kant on morality, which is a Supreme principle of morality. The concept of the categorical imperative was formulated by I. Kant in his work “Foundations of the metaphysics of morals” (1785) and investigated in detail in the “Critique of practical reason” (1788).

See also:  The Network has warned about the thieves in one of the Kyiv hospitals

According to Kant, the will of the people can do things based on principles.