Home / WORLD / There are positive developments on the ground in Syria, but for America it’s sanctions and suffering as usual

There are positive developments on the ground in Syria, but for America it’s sanctions and suffering as usual 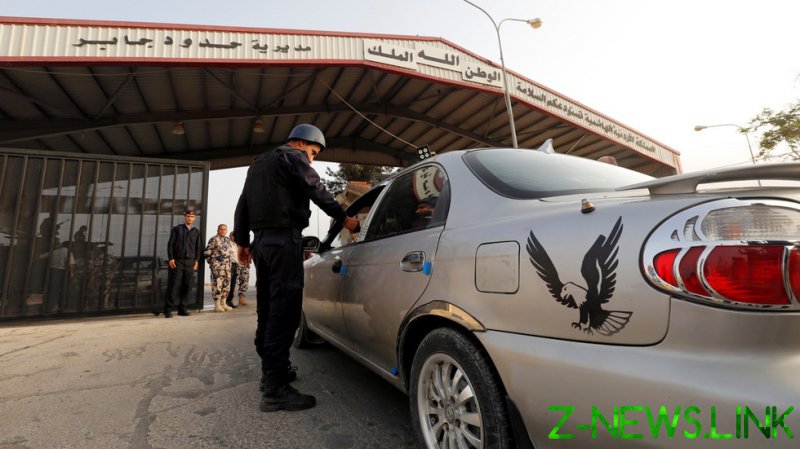 On September 29, Jordan’s Nassib border crossing to Syria re-opened, meaning a resumption not only of travel but of trade between the two nations. In early October, Royal Jordanian will start flying again to Syria’s capital.

In Syria’s south, after years of government and allied attempts to restore full peace, the last armed groups have finally laid down their weapons in Daraa, which journalist Vanessa Beeley wrote about after her recent return there.

And while the Biden administration recently changed talking heads in a Syria-related diplomatic position, little else has altered regarding America’s position on the country.

Sanctions against the Syrian people have continued under Biden, and at least 900 US troops continue to illegally occupy Syria.

Same old, same old for Syrians, who have endured 10 years of foreign war and terrorism against their country, as well as ten years of some of the most obnoxious lies and war propaganda.

In their September 13 meeting in Moscow, Presidents Assad and Putin made clear that while Syria continues to work towards restoring stability, doing so has been hampered by the presence of foreign troops not invited by the Syrian government and not under a mandate of the UN.

While speaking diplomatically, it is clear they meant the US and Turkish troops occupying areas of Syria, which – along with the proxy forces they support – bring the opposite of peace to Syrians.

However, type ‘Syria’ into your search engine of choice and you will still come across screaming headlines of inexplicable “violence” in Syria, and stories stating that Syria is “not safe” for the return of refugees. Many of these recent claims emanate from a recent update from the UN Commission of Inquiry on Syria.

But this is not true. In fact, since Septmber 2015, nearly one million Syrians have returned to Syria, with another nearly 1.4 million internally displaced refugees resettling, according to the September 27, 2021 bulletin of the Center for Reconciliation of Opposing Sides and Control of the Movement of Refugees.

What the delusional articles omit are the real factors that make life in Syria difficult, and dangerous: the continued presence of Al-Qaeda affiliated groups in Idlib, terrorizing the population and firing on civilian areas in surrounding Hama and Aleppo provinces; and the deadly Western sanctions against Syrians, among other preventable factors.

The latest news from the UN commission refers to fuel shortages and food insecurity without a mention of the many brutal Western sanctions against Syrians, once again showing that the supposed impartiality of the UN is non-existent.

I have written repeatedly about the deadly impact of sanctions, noting that they impact Syria’s ability to import medicines or the raw materials needed to manufacture them, plus medical equipment, machines, and materials needed for prosthetics, among other things.

The food insecurity mentioned by the UN commission comes as a direct result of sanctions which “cripple a state’s economy; disrupt the availability of food, medicines, drinking water, and sanitation supplies; interfere with the functioning of health and education systems; and undermine people’s ability to work.”

Indeed, the comparison of pre-war Syria and lack of abject poverty then rings true to what Syrians have told me over and over again in my visits to their country since 2014: that they were living well, in safety, and in harmony.

As for the increasingly debilitating effects of the sanctions, I saw life get increasingly more expensive. Syrians got more desperate during the six months I spent there last year, and again even more so this May and June, with skyrocketing prices meaning Syrians – despite working multiple jobs – can’t afford to put food on the table.

These are all factors contributing further to Syrians’ hellish circumstances and poverty, as well as factors omitted by most media and UN reports on Syria.

When armed groups reconcile with the state, laying down their weapons, they’re largely ignored by Western leaders, media, and the UN.

Indeed, the same UN report mentioned earlier claimed that under Assad’s leadership, there seem to be “no moves to unite the country or seek reconciliation.”

Reconciliations have been ongoing since the Reconciliation Ministry was established in 2012. Although the process is not perfect – the state cannot guarantee that armed groups who promise to cease violence against the state and population will adhere to their word – it is still the most peaceful option of enabling armed Syrian men to reintegrate into society, if they so choose.

How would America deal with such men on US soil?  Kill them without blinking, most likely.

I interviewed the minister of reconciliation in 2014 and 2017, after the successes of returning peace to Homs, Aleppo, Madaya, and al-Waer, among others.

The objectives of reconciliation are the obvious restoration of security and enabling Syrians to return to their lives. But also, according to Minister Haidar, helping Syrians resolve their suffering in all respects: “Their security and safety, the economy, social services, education, the large number of martyrs and injured, the kidnapped, the missing, the internally displaced… We are trying to find a solution to each one of these cases. That is the deepest meaning of ‘reconciliation’: to return people to their normal lives.”

In our 2017 conversation, I asked the minister whether Syria had any outside support for reconciliation. Only, he said, from countries who are friends of Syria.

At the end of our conversation, he made one particularly poignant point: “Most of the people that support the reconciliation process are the martyred’s families. For example, I was in a Latakia suburb and there I met a mother of four martyrs. She said, ‘I lost 4 children and I don’t want other mothers to suffer what I suffered.’”

Incidentally, the minister is also the father of a martyr: his son was gunned down by terrorists in 2012, in what Haidar described as an attempt on his own life.

The UN commission called the restoration of peace to Daraa al-Balad an “unfolding tragedy.” That’s right, it is utterly tragic that armed extremists who have shelled, killed, and maimed civilians for years are finally laying down their weapons.

As Vanessa Beeley wrote, “The armed groups that had committed multiple war crimes and atrocities against Syrian civilians and anti-terrorism armed forces had no intention of relinquishing their campaign of retaliatory crimes against anyone they considered to be loyal to the Syrian government and state. A vicious offensive was unleashed by these extremist gangs formerly associated with terrorist Al-Qaeda and ISIS factions in the southern region.”

Further, it is truly tragic (sarcasm) that those terrorists can no longer shell and snipe the state hospital, preventing civilians from getting medical care, as they have done for years.

As I previously wrote, in May 2018 – before Daraa was fully liberated – I travelled in a hired taxi to areas which were under fire from terrorists, and took a perilous high-speed ride to the state hospital, down a road exposed to terrorist sniping from less than 100 metres away.

The hospital was battered and partially destroyed from terrorists’ mortars, and mostly empty of patients. The director showed me destroyed wards and off-limits areas due to the high risk of snipers.

In that article I noted that upon my return months later, I was able to see just how close the nearby terrorist headquarters had been to the hospital: 50 metres away, hence the extreme risk of being shot while inside the hospital.

So yes, UN and Western media, shed your tears that another reign of terror has come to an end.

And keep ignoring the brutal Western sanctions as you churn out more war propaganda against the Syrian people and ignore positive developments on the ground. Because you care so much for the Syrian people…