The world must pressure Israel to end its ‘murderous attack on Gaza,’ Roger Waters says 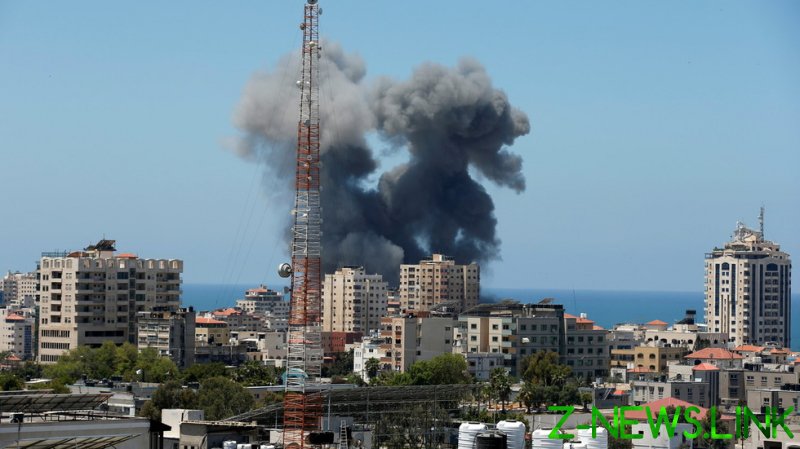 Asked whether he expects Tel Aviv to halt its offensive anytime soon on the heels of the fourth day of fighting between Israeli forces and Palestinian militia groups based in Gaza, Waters voiced pessimism, telling RT anchor Eunan O’Neill the assault will only end under pressure from the international community.

The international community, as represented by its governments – and I’m particularly talking about western governments now – should be cutting off all military aid to Israel.

The latest bout of violence kicked off on Monday following days of heated protests over planned evictions of Palestinian residents of East Jerusalem, which met harsh police crackdowns and saw hundreds injured in the resulting clashes. Hamas unleashed a flurry of rockets into Israeli cities beginning on Monday night, followed by hundreds of IDF airstrikes on the Gaza Strip. More than 100 Palestinians have died in the exchange, among them 28 children, in addition to at least six Israelis, including one IDF soldier and one child.

On Thursday evening, the Israeli military said it was stepping up its operations against Gaza, launching ground artillery shelling while keeping up a steady stream of air raids, which have targeted a number of high-rise structures across the coastal enclave, including apartments and media offices. The IDF also claims to have struck high-value Hamas installations across the territory and assassinated a number of senior officials.

Speaking on the long-term feasibility of the current situation in Gaza, which remains under a tight Israeli blockade, and the occupied West Bank, Waters was more hopeful, saying the situation is simply “untenable.”

“It is not a future that can possibly survive. Public opinion is changing all over the world, at a vastly increasing rate as each year goes by,” he said, adding “They are not going to be allowed to get away with it by global civil society, in my view.”

That change may not come under the current US administration, however, as Waters said Joe Biden has shown no interest in altering Washington’s exceedingly close relationship with Tel Aviv.

“The minute he was inaugurated as president of the United States, he said that he was the greatest friend that Israel’s ever had,” Waters said of Biden. “He will keep giving them their $3.8 billion a year in military aid, and he will not move the American Embassy from Jerusalem to Tel Aviv where it belongs.”

In fact, he will make no change at all. He will take no actions on the settlements… he has simply said it’s a carte blanche. ‘Do what you want, kill ‘em all if you want to.’ Joe Biden has no interest in human rights.