Home / Society / The US budget deficit has updated the record 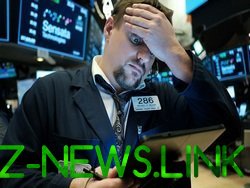 In annual terms the budget deficit of the United States increased a hundred fold and continues to increase.

By the end of June, the budget deficit rose to a record $864 billion, according to the Finance Ministry.

A huge deficit due to the release of funds to help small businesses and lost jobs because of the pandemic coronavirus.

As a result, for the nine months 2020 fiscal year, which began October 1, the budget deficit of the USA increased 3.7 times up to $2 trillion 744,3 billion compared to $747,1 billion in the comparable period a year earlier.

Costs from the beginning of vingada soared 49.1 percent and exceeded $5,004 trillion.

In the United States expect that by the end of the year, the deficit will soar to $3.7 trillion, that is, to 40 years. This will amount to 17.9% of GDP – a maximum since the Second world war. For comparison, during the financial crisis in 2009 the negative balance amounted to $1,413 trillion, or 9.8% of GDP.

The US budget deficit increased for the fourth consecutive year – the longest period of continuous growth since the early 1980-ies. The last time a budget surplus was recorded in the USA in 2001.

Note, the US GDP in the first quarter decreased by 5% compared to the same period of 2019.