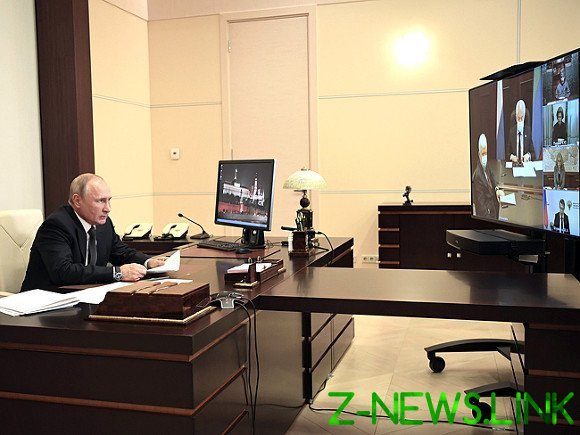 Vladimir Putin blamed the outbreak of disease in Dagestan, local residents who are treated at home and do not want to go to the hospital (and therefore do not fall in official statistics). And he’s right, of course: all problems are to blame these careless citizens, who either do not follow the official regulations, or follow them on completely the wrong manner — and therefore have carved themselves. As the Sergeant’s widow in Gogol’s the inspector General.

But that is not important. The case of Dagestan, and a new outbreak of the epidemic in China, with high probability, put an end to that strategy, which (presumably) the Kremlin has developed during the may holidays: stored quarantine measures at the regional level, key regional statistics are opened and move to a constitutional vote in late June.

The case of Dagestan showed that it is possible to manipulate statistics, and it works fine, until somewhere not going on a real flash. And then a high risk that the situation information is getting out of control, and even part of the local elite is not ready to play in the conspiracy of silence. It is impossible to contain, there is a local emotional uprising. (This is exactly what all governments from the beginning of the epidemic and was afraid — and what drove them recklessly to sacrifice the economy, despite a seemingly low mortality kovida.)

Now imagine that just at the beginning of the second decade of June it happens in 4-5 regions where before, it would seem that the underestimation of statistics worked well. And here it worked. The uprising began with fear. And just when all the speakers in the Soviet Union report that the time has come to go vote for prolongation of powers of Putin in the mail.

Presented? Here in the Kremlin have presented. The plan for a vote in June will have to cancel. Because not only the non-commissioned officer, but even the widow of Generalissimo might cut herself. If you want to.