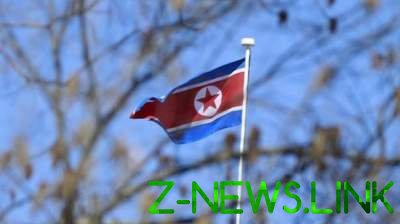 Nauert stressed that the U.S. urges “countries worldwide to withdraw their ambassadors” from Pyongyang

“All countries should intensify economic and diplomatic pressure” on North Korea, she said at a briefing for foreign journalists.
Nauert stressed that the U.S. urges “countries worldwide to withdraw their ambassadors” from Pyongyang.

The spokesman also called on all countries to expel they are labor migrants from North Korea. In her words, “they work virtually as slaves,” and their earnings “used for missile programs.”

Wednesday night (after midnight on Thursday by Kyiv time) at the initiative of the United States, Japan and South Korea held an emergency meeting of the UN Security Council. Speaking before the meeting about the latest missile launch of the DPRK, Delattre said that Pyongyang’s actions and potential regional threats have become global and direct.