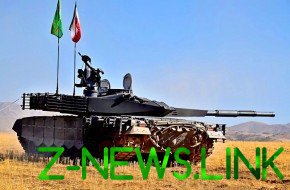 As a result of the RAID killed the commander of a special unit of the Islamic revolutionary guard Corps “al-Quds” Brigadier General Qasem Soleimani. The order to murder was given by the President of the trump. The United States responded to the recent storming of its Embassy in Baghdad. Tehran has promised cruelly to revenge involved in the murder. How severe will be the punishment and whether the war will start between the US and Iran?

Iran’s Supreme leader, Ali Khamenei, promised “hard revenge” for the murder of the head of special forces, “al-Quds” Islamic revolutionary guard Corps (IRGC, an elite force of the Iranian armed forces) major General Qassem Soleimani. According to Khamenei, who has declared three-day mourning, “revenge awaits those in whose hands it remained (Soleimani) blood as the blood of other martyrs.”

About the upcoming retribution also said the former commander of the IRGC, the Secretary of the expediency Council (an Advisory body to the Supreme leader) Mohsen Rezai. “Died the death of Martyr Qasem Soleimani joined his brothers, will severely avenge US,” he said Rezai.

Lieutenant General Qasem Soleimani and Deputy head of the Iraqi militia, Abu Mahdi al-Muhandis, which invited high-ranking military in Baghdad, was killed in the moment when the column of cars moved from the capital’s airport. American aircraft fired at least four missiles at two cars of the motorcade. At the moment of impact, the cars were near the cargo terminal. Other rockets hit the military installations of the Iraqi army and international coalition.

In addition to Soleimani and al-Muhandis killed at least 10 people, who also were in the cortege.

A few hours after the appearance of the news about the murder Soleimani Ali Khamenei has appointed in his place Brigadier General Esmaeil of Kani, “which is among the prominent commanders of the Islamic revolutionary guard Corps during the sacred defense (Iran-Iraq war)”.

However, Director of the Center for the study of modern Iran Rajab Safarov called Soleimani a large and legendary figure, replace that “absolutely impossible.” The analyst said that “the most striking act of international terrorism by the US”.

“In the military structures of Iran, there is no person such a huge scale. Soleimani was very well-read man, a philosopher. Especially attractive was his humanitarian views It can not be called a terrorist. He is the real peacemaker of the world scale”, – said Safarov.

The interviewee believes that General will be considered in Iran, the main explosive, it will elevate to the rank of the current prophet, because he was “the most striking and influential not only in Iran but also in other countries of the Middle East, where there is a Pro-Iranian sentiment”. “Soleimani was some balance in the middle East. He always tried to avoid bloodshed”, – the expert reminded.

The General Director of the Russian international Affairs Council (RIAC) Andrei Kortunov called Soleimani a remarkable person and a major organizer. “He was the leader of the most conservative forces in the Iranian elite. Elimination Soleimani is a spectacular way to send a signal to all: Democrats, who accused trump of inaction, and American partners in the middle East, especially in the Gulf, that “we haven’t forgotten about you”. It is a signal to Iran that any escalation with Tehran, especially if you will be compromised the lives of Americans, as it was recently in Baghdad, the country will face serious resistance. And as said by trump, it is a signal to the Iraqis: it is hoped that it will be possible slightly to reduce the Iranian influence in Iraq,” said Kortunov.

A battalion of “al-Quds” is one of the most combat-ready units of the IRGC, is actively involved in military conflicts in Syria and Iraq. The effectiveness of special forces was largely determined by the abilities Soleimani. The forces of popular mobilization (“al-Hashd al-SHAABI”) – a coalition of Shiite, Yazidi and Christian militias fighting on the side of the Iraqi government against the militants of the “Islamic state”.

See also:  In the United States crashed military plane: there are victims

Responsibility for the operation assumed the Pentagon, saying that the order to open fire gave the President of the United States Donald trump, who then, on his Twitter page without any explanations published a photo of the American flag.

The Pentagon recalled that Sulejmani was included in the U.S. list of foreign terrorists. The Department argued that the Iranian General allegedly “actively worked on plans to attack American diplomats and military personnel in Iraq and other countries in the region.” In addition, Soleimani “has endorsed an attack on the U.S. Embassy in Baghdad.”

Earlier, the US Secretary of state Mike Pompeo accused in the attack on the American Embassy al-Muhandis. On Friday, Pompeo announced on Twitter that the Iraqis rejoice in the murder Soleimani. “Iraqis are Iraqis! – dancing in the streets in support of freedom. They are grateful that General Soleimani is no more,” wrote Pompeo.

At the same time, the state Department urged Americans to immediately leave Iraq because of the increased tension in the country. In a statement, the U.S. Embassy in Iraq States that “U.S. citizens should leave the country by plane, if possible” or sent to other countries by land.

Political opponents of the trump of the democratic party USA said that because of the murder in the region, war breaks out. Congress was aware of the RAID, although it must notify such in 48 hours.

Note that the sharp aggravation of the situation in the middle East occurred on 29 December after a missile US air strike on allies of Syrian President Bashar al-Assad in Iraq. Following this, on 31 December hundreds of demonstrators began to storm the U.S. Embassy in Baghdad, started a fire. In the end the American Ambassador “has left Iraq to an unknown destination”. Trump said that this attack is Iran, and promised to punish Tehran. In response, Iran has threatened to “deal a severe blow to those who would threaten Iranian interests.”

and showed that for the USA there are no laws in international law”. “I know dozens of groups are willing to personally take revenge on Mr. Trump. They will not rest until they reach their goal. In America is now awake and trump feels like a hero because he eliminated the most famous General in the middle East. But this bravado will end in the next hours or days”, – said Safarov.

According to him, is now a big question is not only regional but also global security. “Whereas the distrust and hatred for the US only watched part of the population of Iran now is a nationwide contempt. Now the Iranian government has a problem how to manage the people’s tsunami that can cause a chaotic response in all directions and the process will be uncontrollable,” warned Safarov.

The expert believes that the world was on the verge of a big war and there was a threat of more bloodshed in the middle East. In retaliation, Iran can strike Israel, “which supplied the Americans with information on the whereabouts of Pro-Iranian forces in Iraq” or on oil routes of the Persian Gulf. Against the background of these proposals the world price of oil has soared to 4%. Tehran also may punish “collaborators of the United States in the Arab Gulf countries” or to attack US military bases in Iraq, Syria and Afghanistan. “It will be a long-term answer. USA will be very difficult to stay in the region and help the countries of the Persian Gulf, it is obvious that they are on the ears and a tremor in her voice waiting for the response of Iran. This process can be involved, many States and even different regions,” says Safarov.

See also:  Offense: Putin has acted with a loud statement to the United States

In Moscow called the killing Soleimani adventurous step, which can lead to increased tension throughout the region. As stated by the Russian Ministry of foreign Affairs, General “faithfully served the cause of protection of national interests of Iran.” “We Express our sincere condolences to the Iranian nation,” added the Minister.

That the U.S. expects retribution, said the Chairman of the Federation Council Committee on international Affairs Konstantin Kosachev. In conversation with RIA “news” the Senator said that the death of Soleimani represents the “worst-case scenario, very like the revenge of the Americans” for the attack on the U.S. Embassy Baghdad at the end of December last year. “And if so, then retribution, alas, will not keep you waiting”, believes Kosachev.

Safarov is convinced that Russia needs the most drastic way to condemn the killing Sulejmani and to start urgent contact with the Iranian leadership to try to mitigate the response of Tehran and to prevent the development of events according to the worst scenario. “As a member of the UN security Council, Russia needs to respond to this glaring fact of international terrorism,” believes Rajab Safarov.

Andrey Kortunov is convinced that the Tramp does not want a military conflict with Iran, because “in his personal philosophy he is against wars.” “Involvement in a serious war with Iran before the presidential election is a gift to the Democrats. Such a war could not be short, it’s inevitable major losses. Iran is a powerful regional power, which has long been preparing for such a war. Count on an easy victory is not necessary,” said Kortunov.

The analyst suggested that the President’s decision to eliminate Soleimani affected a demonstrative show of force, which in the West is attributed to Iran. First of all it is a series of attacks on tankers in the Gulf of Oman and the attacks of the Houthis at the refinery facilities in Saudi Arabia. “Iran, of course, denies any involvement. Russia also did not confirm this, but in the West there is a belief that either the Iranians did it directly or that there are some Pro-Iranian force, that is, Tehran is responsible for these cases. And trump it all and reacted only by political means. Sounded judgment, we have increased the sanctions pressure on Iran, but the opposition has rebuked the President for what he is not ready to fight back. Trump also criticized the conservative monarchies of the Persian Gulf, asking the question, what are American security guarantees? That is, Trump had to demonstrate rigidity,” says Kortunov.

The interviewee recognizes that Iran has many tools for response to the killing of Soleimani, “most of them hardly allows to reach the United States.” “But to affect American allies, of course, from the territory of Yemen. Under attack may be Saudi Arabia and the UAE. This can be done with southern Lebanon, controlled by Hezbollah, and then, under attack is Israel. Targets can be remaining while in the territory of Iraq and Syria the us military. There may be some “surprises”. But Iran, like trump, is not interested in major war. It’s a serious escalation it will not come”, – summed up Andrey Kortunov.