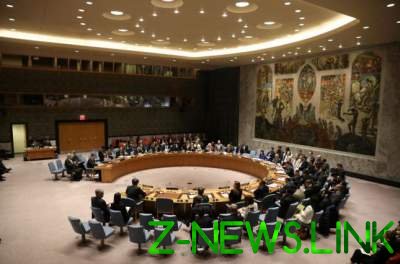 The international organization is not in a hurry with tough measures against North Korea.

The Security Council of the United Nations on the evening of September 11 to discuss the US-proposed draft resolution on tougher sanctions against North Korea due to the fact that Pyongyang continues its nuclear and missile tests.

An updated version of the draft resolution stipulates a more lenient sanction compared to the proposals that were submitted by Washington on 6 September..

In particular, in the final version of the document was not included item freeze assets of North Korean leader Kim Jong-UN, and offer a complete embargo on oil supplies to North Korea were replaced by restrictions on its exports to 500 thousand barrels for three months from 1 October and up to two million barrels for one year from January 1, 2018.

At the same time, it is unclear whether the support of the draft resolution Russia and China, which have veto power as permanent representatives of the UN security Council. Earlier, Moscow and Beijing said that the North Korean crisis should be resolved by diplomatic means and not by increasing pressure on Pyongyang.