Home / economy / The Ukrainians have developed a unique environmental packaging

The Ukrainians have developed a unique environmental packaging 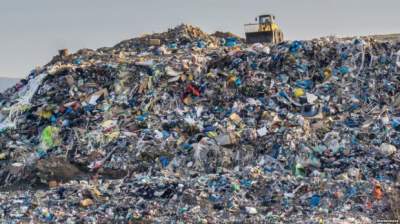 The material consists of substances of plant origin.

Ukrainian engineers have developed an environmentally safe film for the packing of goods. It is already planning to replace plastic bags.

It is now known that the material consists of vegetable matter, so such packages can even eat.

It is noted that conventional plastic is very harmful to the environment. Therefore, scientists undertook to create a so-called eco-bags, but they are not fully decomposed. They mainly consist of starch Kukruse with impurities plastic. Such a product decomposes in the nature of six months under certain conditions.

Completely replace the plastic film may exclusively from plants. From the water she quickly gets wet and then becomes fertilizer.

However, the Ukrainian engineer from Sumy Dmitry Bidyuk researched jelly, spilling a bit of substance on the bench. Until the morning it withered and became a film. Then he realized that it is possible to replace the non-extendable polyethylene.

Vegetable film polyethylene will be more expensive by 20-30%. Such packaging manufacturers are ready to release. The inventor hopes that with soluble packets Ukrainians will be able to walk in a year. But to wrap it around such as chicken – unknown when you can.