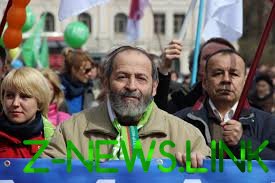 Fear of the government before fair elections narostaet.

The Kremlin has lost the plebiscite, which had placed such hopes. No matter what declares the CEC is now and how many times will you say about triumph heralds, butlers, bodyguards and valets. No matter what continue the call of the President with the distribution guidelines. No matter what the Duma and the Federation Council are going to Stakhanov pace to take in July, nearly a hundred laws pursuant to the amendments to the Constitution. It is only important that there is no “Putin’s majority” is no more. And it was clearly shown without any protocols.

It is not only that the survey “Levada-center” (25% support of Putin’s amendments to 28% support amendment, “Apple”), and exit floors, held on 1 July at the polling stations in St. Petersburg and Moscow Kremlin proposals have lost.

The fact is that if Putin really would preserve the support of the majority of citizens — that many years doing it the “Teflon President,” which went off the hands of almost any failures and errors — would not be required to arrange a week-long security operation.

Would not be required to organize voting with a ballot box in every yard, with the mass substitution of ballots at the “right” and a shameless throw-in of ballots by the whole packs — with “ticks”, drawn in the same handwriting.

It would not have the power to drive employees to vote, and the blue eyes to draw 70% “turnout” in the blank voter lists.

There is absolutely infallible criterion, to work as the most accurate litmus test.

A politician who really has the support of the majority, may at any time confirm the fair voting. Not afraid of him.
Policies that this support has not, such a vote is afraid of fire. Because it knows exactly how disappointing the result will be. And can only order to draw the results that will never get honest.

What we saw during the “nedelino-early” voting.

The inexorable laws of statistics — including electoral ones.
Will not complicate the text, the insights of Sergey Shpilkin showing the presence of at least 22 million “anomalous votes” (read: thrown).

We give a simple example.

Petersburg, polling station 2216 on Pushkin street, 9. The center of the city. My constituency where for me (and for “Apple”) is consistently voted a significant number of voters.

So, as I wrote in the evening of 1 July, the Deputy head of the municipal education “the Vladimir district”, “Yabloko” Vitaly Bovar, brought the urn with the ballots of those who allegedly voted in the yard during the “early weeks.”

All on a plot of about 1,400 voters. Born in the trash — 450 ballots. Almost one-third of the total electorate. All 450 of the ballots for the amendments!

To supposedly a week to collect votes in the courts of the Vladimir district and there was not one man out of 450 who would vote against the amendments?

Theoretically such a possibility, however, exist — its probability can be calculated. If anyone is interested, it turns out ten to the minus fifty-six degrees. For such infinitely small quantities, not even names. In an electron microscope will not see.

This is about as likely as if typographic font, randomly scattered on the street, will magically develop in the text of the Constitution.

But the precinct election Commission, ignoring the probabilities, shows us this “little miracle”.

And this is not the only example.

No wonder how the greatest secret of them were hiding from the opposition members of the commissions the lists of alleged voters voted early. As alleged they filed the papers — they appeared at the last moment. It is clear that almost all of them were tampered with — no matter how in reality voted “dorozhniki”… 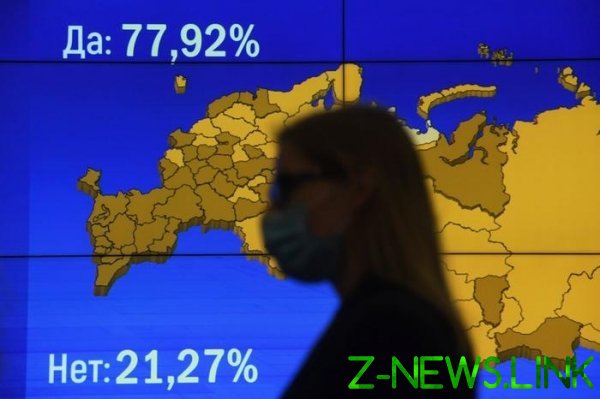 Thus was forged a triumph. And it was impossible to hide: it was not only evident to those who were against the amendments, but those who were “for”. Who saw many of their relatives and acquaintances to vote for various reasons did not go, and refused to believe in the alleged 75 percent turnout.

So no matter how hard the CEC with all of its electoral hierarchy, as it would be in your pants, government propagandists, no matter how danced with joy court, the senators and deputies helpfully drawn numbers are included in such a flagrant disagreement with the reality that become the most important factor in the further development of the country.

A presidential, Duma and Governor’s elections were unfair and unequal, but fraud was still “quantitative”. Only in a few cases qualitatively affect the result.

Now the situation is fundamentally different: there is a qualitative difference that actually is, and what it is proposed to take.

Yes, it is unlikely the incident will immediately cause massive protests. Just because today so many constitutional amendments on the periphery of personal attention. They have other concerns: three months without work and money, failed life plans, uncertain future…

However, they do not believe the propaganda, suggesting that a change in the Constitution will begin to grow pension or will be available for medicine. They have long been confident that the Constitution on their lives generally is not affected: you never know what there was written before and not carried out?

As for Putin, they believe that if he goes, not because it will be assigned to it by the Constitution…

Nevertheless, varovasti the incident is so great that it leads to the loss of legitimacy. To the situation when the government formally exists and makes decisions — but it cease to recognize the right to manage, and cease to respect her.

It was then that begin tectonic shifts — which have neither been recorded ratings or the results of the plebiscites.

Remember the 1991 referendum on preserving the Soviet Union — note, completely legitimate. Nine months later he was abandoned and rejected, and where all all those 78% who voted “for”? One of them came out to defend their will? No. Remember how vanished into thin air 18 million members of the Communist party after the ban of the Communist party.

Then why all this? Once Lenin in Gorky took the newspaper “Pravda” in one instance — to one reader.

Similarly, the past of “abolengo” is a farce for an audience of one.

Last. Political President Putin — as the established political system have been exhausted.

Without systemic changes to move forward is impossible.
30 years after the adoption of the Declaration on state sovereignty of the RSFSR, where it was stated determination to create a democratic state of law, commitment to universally recognized principles of international law and willingness to live in peace with all countries and peoples in peace and harmony, almost everything must start again.