Home / Society / The tragedy in Kharkiv: published the detailed formula of the accident

The tragedy in Kharkiv: published the detailed formula of the accident 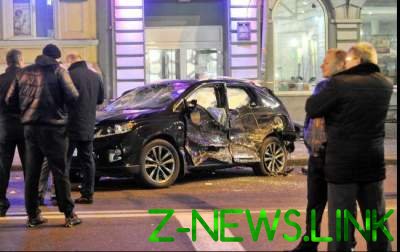 The formula is based on recordings from surveillance cameras

Have a detailed formula of a terrible accident in Kharkov, which occurred on the street in Sumy on October 18 and claimed the lives of six people. It was an expert-mathematician Dmitry Bagram on the basis of video surveillance cameras.

The expert focused on the period from the start of the median on Constitution square and to the point where there was a collision of cars Lexus and Volkswagen.

“For a start point take a moment, when Lexus came up with marking the separation of the island. The camera Triolan shows the time 20:43:37. With 36 seconds to 37th going for 7 frames before. Given that the video recorded in the format of 25 frames per second, one frame corresponds to 0.04 sec and 7 frames, respectively, 7*0,04 = from 0,28” – calculated Bagram.

See also:  How life has changed Ukrainian drivers in 2017 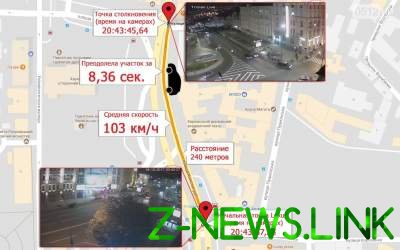 “Therefore, Lexus has overcome the area under consideration for 45,64 – of 37.28 = at 8.36 seconds. By measuring the map distance covered is 240 meters, will get a average speed: 240/8,36 = 28,7 m/s, which corresponds to 103 km/h. Given that before the collision, the Lexus slowed somewhat (judging by the stop signals), the maximum speed on this stretch was much above average”, – concluded the expert.

See also:  Ukrainians are outraged by the payment of pensions associate Strelkova