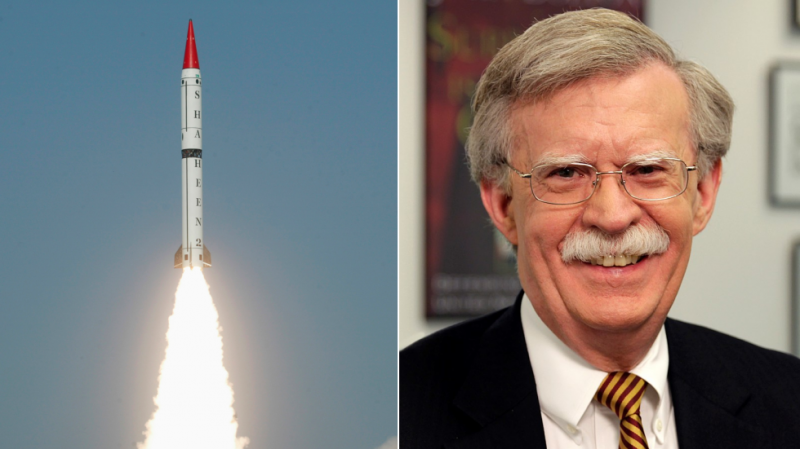 There is an idiom in the English language: ‘jumping the shark’. It is defined as a misguided attempt at generating new attention or publicity for something that was once perceived to be relevant, but no longer is.

‘Jumping the shark’ has its roots in an episode from the fifth season of American sitcom ‘Happy Days’ in which one of the show’s stars, Fonzie, jumps over a shark while waterskiing. It was a gimmick, a ploy by the writers designed to generate buzz. It also was an indication that the show had lost its original allure.

When it comes to casting blame for the fiasco that was America’s 20-year misadventure in Afghanistan, one can throw a wide net – there is plenty to go around. Secretary of Defense Lloyd Austin and Chairman of the Joint Chiefs of Staff General Mark Milley currently find themselves in the Congressional hot seat, answering tough questions about how the Afghanistan withdrawal debacle came about. They join Secretary of State Antony Blinken as the Biden administration officials called to task for what most observers view as a case of good intentions gone horribly wrong.

While many people share the conclusion that the US fumbled badly in Afghanistan, spending trillions of dollars and sacrificing thousands of lives in support of a policy that was never well defined, there are a hardcore few who are dismissive of the facts – for instance, the voluminous report prepared by the special inspector general for Afghanistan reconstruction – and continue to promulgate the opinion that the US should have remained in Afghanistan in perpetuity.

One of these naysayers, Donald Trump’s former National Security Advisor John Bolton, went on the CATS Roundtable Radio Show, hosted by billionaire-turned-pundit-turned-politician John Catsimatidis, to make his case. CATS Roundtable, a Sunday morning talk show, has become a staple for high-profile New Yorkers and others trying to break into the New York market to get their message out. Bolton has been out of the public eye as of late, his mantra of American interventionism having worn out its welcome for much of the audience. His latest effort at generating relevance has been to criticize the US withdrawal from Afghanistan.

Most of the withdrawal critics have cited the continued threat to the US homeland from Al-Qaeda as their justification for keeping American troops in harm’s way in Afghanistan. Bolton, however, jumped the shark: “The Taliban in control of Afghanistan threatens the possibility of terrorists taking control of Pakistan,” Bolton told Catsimatidis, “and that means maybe 150 nuclear weapons in the hands of terrorists.”

As headline-grabbing quotes go, Bolton’s was on target – his claim resonated far and wide. “John Bolton warns Taliban may get nuclear weapons amid Afghanistan withdrawal,” proclaimed the New York Post; “Taliban could amass 150 nukes from Pakistan after US withdrawal from Afghanistan, says ex-Trump chief John Bolton,” blared The Sun (both papers are owned by Rupert Murdoch, as is Fox News, which gave Bolton’s theory air time through a proxy, KT McFarland).

Bolton’s claims echo concerns that have existed for more than a decade about the vulnerability of Pakistan’s nuclear weapons. When questions about the efficacy of Pakistan’s nuclear security were raised in the US media back in 2009, the Pakistan military was quick to respond. “We have operationalized a very effective nuclear security regime, which incorporates very stringent custodial and access controls,” Joint Chiefs of Staff Committee Chairman General Tariq Majid declared in a statement. “As overall custodian of the development of our strategic program, I reiterate in very unambiguous terms that there is absolutely no question of sharing or allowing any foreign individual, entity or a state any access to sensitive information about our nuclear assets.”

Former CIA officer Rolf Mowatt-Larssen, in a July 2009 article written in Arms Control Today, noted that: “all signs indicate that the professional and disciplined Pakistani military establishment that maintains control over the nuclear arsenal understands the dangers of a breakdown in nuclear security. Senior Pakistani military officers have consistently expressed a high degree of confidence that they are prepared to counter a range of plausible threats in this regard.”

However, Mowatt-Larssen was not dismissive of the threat to Pakistan’s nukes, noting that “growing extremism in Pakistan increases the odds of insiders in the nuclear establishment collaborating with outsiders to access weapons, materials, or facilities.” Moreover, Mowatt-Larssen writes, “the rapid expansion of Pakistan’s nuclear weapons program will introduce new vulnerabilities into the security system. Finally, growing instability within the country could lead to unanticipated challenges to nuclear command and control procedures, resulting in a ‘loose nuke’ scenario, a takeover of a facility by outsiders, or, in the worst case, a coup leading to Taliban control over the nuclear arsenal.”

Pakistan has spent the past 20 years playing a double game in Afghanistan, providing a logistics lifeline to US and NATO forces operating there, while at the same time offering sanctuary for Afghan Taliban forces to regroup, equip, and train in support of their goal of retaking control of Afghanistan. All indications point to the Pakistani intelligence service, the ISI, playing an instrumental role in directing and supporting the final Taliban offensive, including providing up to 15,000 Pakistani forces in direct support. While this arrangement suggests that it is Pakistan, not the Taliban, which has the upper hand in the relationship, the threat to Pakistan’s nuclear weapons has never really come at the hands of the Taliban or its militant allies, but rather the ISI, whose proximity to Islamic militant groups fighting in Afghanistan and Kashmir has resulted in many of its junior officers becoming radicalized.

But the threat from radical Islam remains, notes former CIA Operations Officer Douglas London. The Taliban’s military victory in Afghanistan, London writes, will “unleash the terrorist and insurgent groups with which the Taliban has long fought. And these groups include those like the Tehrik-e-Taliban Pakistan and Lashkar-e-Jhangvi bent on ousting the [Pakistani] generals from power.” For London and his fellow national security professionals, “the nightmare scenario was a military coup or popular uprising that might place [Pakistan’s] nuclear keys in the hands of jihadists.”

One cannot so easily dismiss the concerns of professional intelligence officers like London and Mowatt-Larssen. However, one must also note that their concerns date back decades and are not linked to the Taliban victory in Afghanistan. The situation on the ground in Pakistan and Afghanistan has changed dramatically since Sy Hersh penned his controversial article back in 2009 questioning the security of Pakistan’s nuclear weapons. In the 12 years since, Pakistan has increased the level of security for its nuclear forces, equipping the totality of its arsenal with Permissive Action Links (PALs) (basically a code-lock device that makes the weapon useless to anyone not in possession of the code).

John Bolton’s alarmist comments are merely his opinion. There are no new facts that point to any fresh threat to Pakistan’s nuclear weapons arsenal from the Taliban, Al-Qaeda, or any other Islamist group. The threat that Bolton highlights is one that has been on the radar for more than a decade.

Moreover, it was a threat which gained relevance because of the fighting in Afghanistan. Now that the conflict is over, and the Taliban is on the ostensible path toward moderation and recovery, the likelihood of continued radicalization emerging from the situation on the ground inside Afghanistan would logically be diminished. If Bolton is truly concerned about Pakistan’s nukes, maybe he shouldn’t be making excuses for the continued presence of US forces on the ground in Afghanistan.