In South Korea, a production technology of solid-state batteries designed for electric vehicles and energy storage systems (ESS). According to the news Agency Yonhap News, has developed a method scientists of the Korean Institute of industrial technology (KITECH).

“Instead of the traditionally used liquid electrolyte in the new lithium-ion batteries use a solid conductive material having a high thermal resistance at smaller sizes. It takes only a third of the space required for conventional batteries of the same capacity”, – is spoken in the message of the University.

The invention allows twice to increase the cruising range of electric vehicles without the need for recharge or increasing their size. The company estimates Fuji Keizai Group involved in the analysis of the power industry, by 2035, the global market for solid-state batteries will reach 23.6 billion dollars.

Curiously, the topic of solid-state batteries in South Korea have been doing for several years. Earlier, Hyundai announced that it is developing a battery for an electric vehicle on their own, without the support of its traditional partners Samsung SDI and LG Chem.

However, a few years later by the South Korean automaker has announced that it will invest us developer of rechargeable batteries such Ionic Materials. Apparently, the team Hyundai is not too far advanced in their studies, and the company decided to invest in a company that almost has already created a working prototype. According to the newspaper the Korea Times, Hyundai hopes by 2025 to launch the first electric cars with solid state batteries.

Because the auto companies on average it takes about five years to design a new car and start it production, Hyundai needs to get a new solid state battery ready for commercial production, in 2020. Otherwise, the development of new models of electric cars does not make sense.

Ionic Materials notes on its website: “Our polymer electrolyte is a real breakthrough. Due to the possibility of creating a more safe, cheap and capacious battery than currently available polymer electrolyte Ionic destroys the traditional paradigm, according to which the safety, cost and productivity must balance each other.” 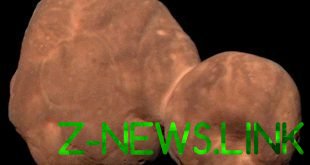