Home / business / The situation in the zone ATO: one APU fighter was wounded

The situation in the zone ATO: one APU fighter was wounded 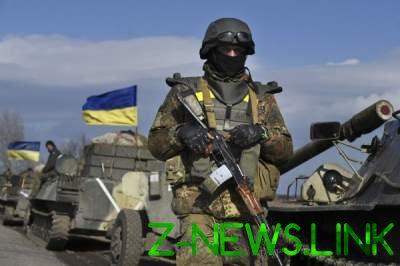 The epicenter of armed instability is the direction of Lugansk. Here the enemy opened fire with mortars of various types, rocket-propelled grenades and small arms near the Trinity and Luhansk. With the onset of dusk for a few min. from arms that long had to be taken away from the frontline, was released by Russian mercenaries from Novoaleksandrovka, Crimean and Novoluganskogo. From small arms the enemy provoked our soldiers in the area Zaytsevy and PPE, and APCS fired on our defenses near Lozovoy and Luhansk, reported the press-center of staff ATO

In Donetsk direction the enemy also intensified in the evening. In particular, on the sea of Azov, near Pavlopolya, the occupants opened fire from 120-mm mortars and small arms. Starting from 18.00 invaders intensively shelled from grenade launchers and light infantry weapons strong points of ATO forces near Avdiivka, Heaters, Sands, Marinka, and defenders of Bogdanovka bothered with small arms.

In General, over the past day, along the line of contact were 25 violations of the cease-fire by the invaders. More than half of the cases of Ukrainian soldiers suppressed the firing activity of the enemy with grenade launchers and small arms. As a result of enemy shelling of our military were injured. 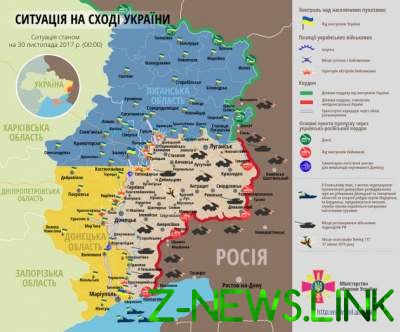