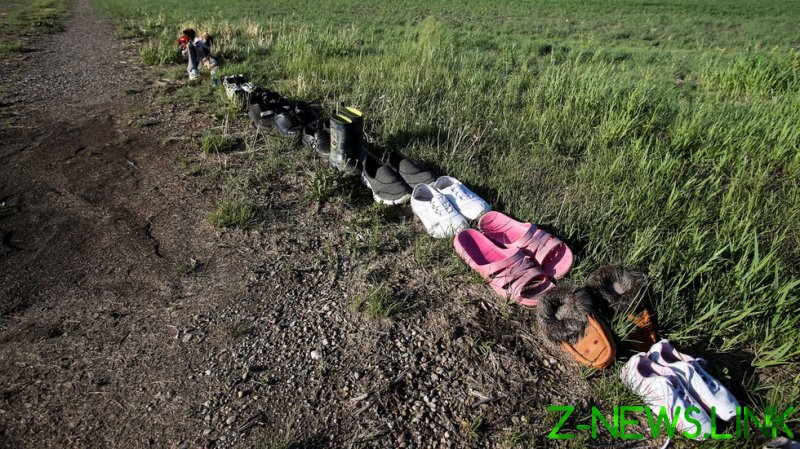 Yesterday 751 graves were found at a residential school in Canada, adding to a growing national scandal following the discovery of 215 bodies at a school several weeks ago.

The findings reveal a darker side of Canada’s history, one the world has known little about. Over a lengthy period of time it appears to have played host to some appalling human rights abuses. Yet all these unpleasant revelations come amid a renewed push by Ottawa, alongside others in the West, to accuse China over events in the Xinjiang autonomous region, where they argue similar abuses are being carried out.

I have previously written about this human rights stand-off at the United Nations and Beijing’s reaction to it. But the irony is that if these graves had been found in China, with such explicit evidence, it would have been universally decried by all the usual countries as a ‘crime against humanity’ or even ‘genocide’.

Yet in Canada, a simple apology seems to satisfy the international community, with no actual accountability for the perpetrators. The discoveries are significant, though, as they completely redefine our understanding of Canada and its past. And more particularly they shine a light into the nature of the ‘Anglosphere’ – the British Empire-derived countries Australia, Canada, New Zealand, and the United States, plus the United Kingdom.

These five countries – although perhaps less so New Zealand – are tied together not just by common heritage and the legacy of British Imperialism, but by a unifying zeal of absolutist moral exceptionalism, a self-appointed right to police and dictate world affairs and enforce their values globally.

Despite these countries having constructed themselves and their wealth on the oppression of indigenous populations, they have frequently depicted themselves as saviours in the wider world.

Canada is probably the most striking example. Even if it is not widely acknowledged, the world is largely conscious to some degree that Australia, the UK and US do not have spotless backgrounds. But few have paused to consider the fact that at its heart, Canada is a colonial state which from the 1960s onwards remarketed itself as a liberal utopia and now presents itself as a beacon of progressive and benevolent governance.

As a Brit, I was brought up on an idyllic vision of Canada, a country which at face value was innocent, prosperous and desirable compared to its more abrasive southern neighbour, the United States.

While Canada is clearly a very desirable place to live and few would question the quality of life, at what cost? The traumatic history of forced indigenous boarding schools where thousands died, and were buried in hidden graves – with records destroyed – is a shameful stain on its past.

There is the argument that Canada has evolved since then, but only in ways one can describe as superficial. Like the rest of the Anglosphere, it is still heralded by a sense of moral elitism. The country is largely unapologetic and disinterested in its crimes, and focused instead on others. It embraces the typical Anglophone attitude that atrocities ‘from the past’ no longer warrant political significance. Yet this is hardly in ‘the past’, as the school where the most recent discovery was made was still operating in 1997. In turn, the belief in one’s depiction as an absolute standard of righteousness serves to suppress remorse for these episodes.

History, as they say, is written by the winners and arguably it is the political triumph of these countries on the world stage that has relegated such dark episodes to the fringes. In international relations, there is only power that sets countries apart in how they can hold each other accountable, and, accordingly, only the losers end up paying the price.

The involvement of all five countries in the victory over Nazism in World War II was at the heart of their ‘rebranding’ from the world’s biggest exploiters to the world’s most heroic nations. The defeat of Hitler and the evil of the Holocaust allowed these countries to establish a simple narrative which their populations bought into that they were forces for good, had an infinite right to police others and that their own past indiscretions should be forgotten. You truly see that attitude in application towards countries such as China. Canada accuses Beijing of genocide, but does not in fact recognise its own genocide.

The dominance of the Anglosphere is a reminder that international justice is not uniform, and exists in two tiers. The largest and most notorious offenders of human rights historically are given a waiver for their sins, but nonetheless use human rights as an argument to advance their own ambitions towards other countries, often disingenuously or via a means of projection.

Were, for example, Canada a Middle East country it would be facing worldwide condemnation and potential sanctions. But it is not, it is an Anglosphere country, and it will express a few words of remorse and face no further consequences.