Home / Society / The sectarians of his youth, or Who will win the war of the generations 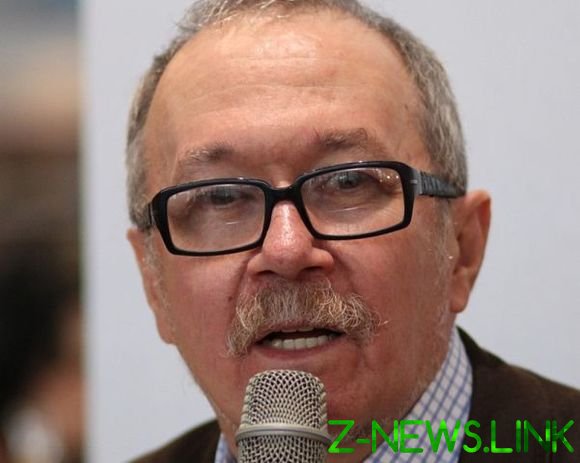 Perhaps in the conflict of fathers and children will go on the offensive fathers, and after the battle will be that I won a childless aunt, thinks the writer Denis Dragunsky.

Quarantine isolation has Sprudel in apartments of different generations, which in normal life can often have serious difficulties in communicating. About the problems of fathers and children in our day with the correspondent of “Rosbalt” talking writer Denis Dragunsky.

— Denis Viktorovich, today, many complain more than before, the gap in the mentality of generations. Someone formulated it this way: “Before the grandchildren knew grandmothers, and now the children of fathers don’t understand.” Do you have a feeling?

— Two strange words: “the mentality” and “generation”. It is impossible to speak about the generation as a whole. Society has become very diverse. Now this diversity, it seems, has reached amazing proportions.

But of course, Yes. The conflict exists. The gap is huge. Value, the mental gap first. The main problem: the gap is not a lack of understanding and unwillingness to understand. Here is something new, dramatically new, I’d say.

Fathers and children, grandchildren and grandparents at all times in conflict. They sought and found a common language with great difficulty. But it was a counter-movement. Fathers — albeit reluctantly — took the criticism from the children, and the children — also of necessity — mastered the experience of the fathers.

Now popular is quite another slogan: “These boomers (ie, people 1950-60-ies) do not understand anything, these people are from another planet, from the planet called “the Past”, and they do not what to say”. I mean, it’s not about dialogue but rather about abandoning him. Though of course, this is not for all representatives of “generation Y”, the “millenials” or whatever. More than that: normal people who are ready for dialogue of generations, among young people no less than these “sectarians of his youth”, I would call them that. But they set the tone. They all heard, can be seen everywhere.

— If not secret, was it the reason for writing your note about “Okay, Boomer” any personal experiences? (I myself is never this expression is not heard directly from anyone “live”.)

— I read about this expression at us, and at foreign Internet. My response is a kind of “generational solidarity”. Felt sorry for peers who have created all that are “Millennials”. Moreover. Those born in the year 2000 and beyond, these stupid “boomers” kept and fed, and in return you get boorish ingratitude. I do this in my family did not hear (my daughter is already an adult woman), but if, God forbid, heard my answer would be the most serious.

— Scolded would be worth?

— Why the hue and cry? It is necessary not to swear, and act. First, I would, of course, gave the young man (his hypothetical son or daughter) a chance to improve. I have explained to him that all in the house bought with the parents money, including clothing and gadgets for my child. He (or she) the money to learn, buys movie tickets and transport — in General, living on my budget. I would ask him to apologize and say, “Damn my tongue pulled, sorry, not anymore, and thank you mom for everything.”

— And if the teenager in response to your sermons said, “Okay, Boomer!” and ran out of the house, slamming the door?

I would softly muttered “Okay, Millennials!” and changed the front door lock. I would not include the young pig. Perhaps I was forced to pay him alimony. Okay. But through court only.

— Whether today’s young people believe their parents retarded? If so, then, what about between generations is the biggest rift? For example, “retarded” are those who are some more or less important part of life left in the USSR? The one who was in the League?

— The Komsomol there is clearly nothing to do with it. By the way, I have been in the League since high school, and in University for a year was in the rank of Deputy Secretary of the Komsomol Bureau of the faculty. Nothing to worry about. And about backwardness — here is a comma. I’m 69 years old. I lived under Stalin, went in sandals and dinosaurs pass.

Perhaps the main rift is between those who already from childhood was immersed in the digital world who is easily able to work with computers, tablets, smart phones, some social networking like a fish to water — and those who learned it at a Mature age. See, my first computer I bought in 1991. I was 40 years old, my daughter is 15.

— But you — people of different generations.

— So what? Despite the difference in age, we were adults with experience of old information technology. Paper Newspapers and magazines, phones, mail and Telegraph, typewriters, film cameras and so on. The turn is to be born in the late 1980s, if we talk about Russia. I saw on dad’s Desk a typewriter, my daughter saw this on my Desk. The phone cord. Mailboxes… And those whose early childhood had on the 1990s, and especially in the 2000s — is quite another have seen and know the meaning of communication. A completely different life.

But I very quickly got to grips with gadgets. Alas, the Internet literacy of many young people is limited to games and pictures on instagram. Many people live like “Google banned”.

In network dialogs asking me questions, the answers to which know Google. For example: “Denis V., and your books are in the network?” “It is”. “And you can download them?” “Yes, easily”. “Oh, where?”… Oh, my God! But I’m a writer, I am interested to read me. Looking for network link. “Here — say. — Keep. But what are you, the proud children of the digital age, are not able this link to find?” “Oh — I say — and we have guessed!” These are the millenials, sorry.

— And how then to be with a huge nostalgia for the Soviet Union, which until the end? Does her youth?

— Alas, Yes. I called this phenomenon “counter-revolution grandchildren.” Something similar happened in Iran in the 1970s. a Very traditional country and modernization under the Shah Mohammed Reza Pahlavi — and another reversal of the tradition.

There are plenty of reasons, but one of them is a kind of revenge of children are their fathers. I don’t know what it is, every culture in its own way. But in common, struggling with the values of the fathers and grandchildren to adopt the values of their grandfathers. Part of our youth convinced that in the USSR, life was better than in present-day Russia. I don’t care about the psychological motives which led to this idea. It is important to emphasize that this is a shameless lie or stupendous ignorance.

Young supporters of the Soviet Union do not know what position he held Brezhnev, do not know anything about the Soviet Union. Neither bad nor good, nor just history. And to shout that “in the USSR was better” is, please. Here’s the intellectual quality of generation. Not all, God forbid! There is a wonderful boys and girls, smart, inquisitive, studious, hope of the nation — those who then will lead Russia forward. But they somehow just never say, “Okay, Boomer.”

What “fathers and sons” do not understand each other”? Different political views? Acceptance/rejection of the current President? Different value of freedom? Or different favorite art? Where, relatively speaking, “reference points” of the fault?

Is a sad thing to say. Everything you asked is across the generations. Liberals and conservatives, Putinists and navalnisty do, fans of different music and even “online vs offline” — are found there, and then. All this world of ideas. And the conflict is over resources. Marxism is very coarse. “Dad, give me money!”. If “will Not give” — there is already beginning and despised boomers, and “they do not understand us” “they are men of the last century” and so on. But if: “you, little child, on gadgets, on dining, on travel, and on letting go buy yourself something brand!” something: “My dad is so cool! He feels the needs of young people!”.

That’s where the fault is. We confuse modern youth culture with the culture of some tribe. This is nonsense. The tribe creates its own culture. And “Millennials” with all their queries created by marketers. For business “Millennials” (as all “children” and “youth” fashion of previous years) is just a tool of extorting money from dad and mom. Tool, admittedly, effective.

— I am very interested in your note about the school as a temporary detention center. But for example, I remember when I studied in the 1980s, school atmosphere also left much to be desired: lack of sense was greatly felt. “What we prepare? Why is this? What it all gives? What are we doing here and why?” And just as “generals always prepare for last war”, and our parents were preparing us for a past life? Have you changed something with the advent of the new century?

— Nothing could change. Writers write to past readers, the lovers are preparing for a past date… the way of the world. It is impossible to guess what the profession of tomorrow will be important and popular. Suddenly after 20 years, never will be programmers and drivers, and will need all actors and shoeshine boys? “Would know prikup, would live in Sochi”. If the economy had something to reliably predict she would stay still in the nineteenth century.

As for the “school as a temporary detention facility,” then that’s what the problem is. Probably half of the adolescents (from the age of 13) the school is in principle not necessary. But society does not know what to do with them physically. Society is afraid that they will run the streets and Rob passers-by. That them by force and herded into a school building in the morning at least until lunch. What to do is unclear.

— Still such question: whether was the fault of the generations, due to the revolution of 1917, more stringent than the current?

— Well, of course! A thousand times! Now the elders beg for money on gadgets and name-calling “boomers.” And then — were killed.

— And on the other hand, if you have the feeling that the faster evolving progress, the worse for the older generations?

— And this is the topic of my doctoral dissertation! Kidding, of course. But can not answer, do not dare to confirm a pattern. However, the experience will be in demand always and everywhere. But nobody knows how to turn life. Perhaps in the conflict of fathers and children will go on the offensive fathers. And after the battle will be that I won a childless aunt forty something years, they will steer the planet and set the rules of the game.