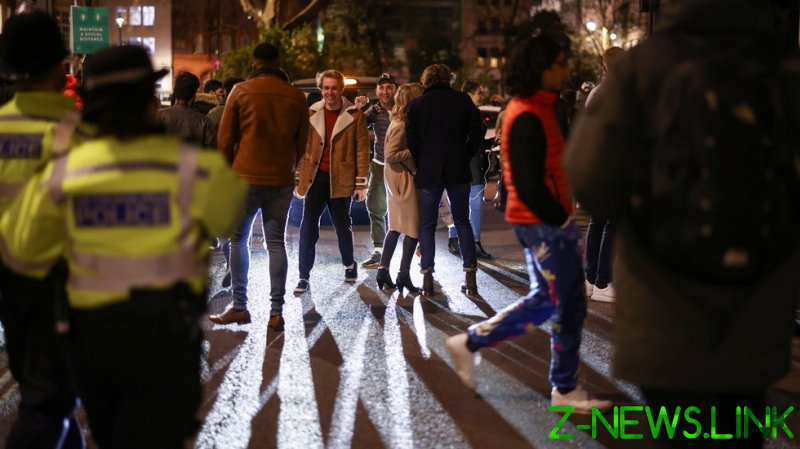 The UK government’s EU Settlement Scheme expired overnight. By that point, all EU nationals living in the UK must have registered to stay, or face expulsion. There have been television, radio, social media, and newspaper adverts reminding EU nationals of the new rules for weeks. Some, however, seem not to have registered, and there is also an estimated 300,000-400,000 backlog in cases.

I hope common sense will be applied here. I for one do not want to see EU nationals, who have made Britain their home, forced to leave the country through no fault of their own.

However, the real scandal to emerge from this deadline is that it has proved the UK government has no idea how many people live in the country. Prior to the scheme, the government believed that there were 3.7 million EU nationals living in the UK, yet 5.6 million have already registered to stay. So, there are at least 1.9 million more EU citizens living in the UK than the government had estimated. That’s the equivalent of misplacing the population of two cities the size of Birmingham, which is the UK’s second largest.

In some places, such as Wolverhampton and London, the number of registrations for settled status has been more than 80% higher than estimated. If the registrations are broken down by country of origin, the farcical nature of the situation is further exposed. For example, it was estimated that around 400,000 Romanians lived in the UK, yet there have already been over 900,000 applications to stay.

I am not for one second suggesting that these people do not have the right to remain. The vast majority have been a great asset to the economy and have added to our rich culture. I am, however, astounded that the government literally has no idea how many people are living in the country. Moreover, it must be taken into account that these figures only concern EU nationals, not those from further afield. So, how many more people are there living in the country that the government does not know about? It must be millions.

This chaos all boils down to numbers. Since the turn of the century, the UK’s population has grown by 10 million people, primarily driven by migration. And these are only the ones we know about. Of course, immigration is necessary, and only a fool would argue otherwise, but it must be controlled. Unfortunately, this is something successive governments have failed to do, partly due to the UK’s membership of the EU, but also because of an unwillingness to deal with the issue head on.

The government’s own Office for National Statistics (ONS) estimated that there were 67 million people living in the UK last year. But considering that this is the same department that estimated that there were only 3.7 million EU nationals living in the UK, I would be amazed if it is really under 70 million. The ONS also predicts that on current trends this figure will rise to 75 million by the 2040’s – although these projections almost always underestimate the reality and have to be re-evaluated at a later date.

If immigration into the UK continues on this trajectory, the population will be over 80 million by the end of the century. Indeed, it will have overtaken Germany’s to become the largest in Europe. This is clearly unsustainable, especially considering that England is already the second most densely populated country in Europe, and the UK as a whole is the most crowded large nation on the continent.

Population growth is a conversation that politicians will need to have in the future, and probably in the not-too-distant future. At some point, the UK will have to declare that it needs a respite from huge influxes of people. The reason for this is that infrastructure is simply not keeping up with demand, as demonstrated by the difficulty of getting a doctor’s appointment, the annual battle for school places and our bottlenecked motorways.

Future governments will have to address the issue of population; but in the meantime, it would be nice to know just how many people are living in our country. It’s a pretty basic, if important,  thing: it shouldn’t be too much to demand of our politicians.