Home / economy / The Russian economy is marking time: Kudrin stated about the risks of disruption of the may decree of Putin

The Russian economy is marking time: Kudrin stated about the risks of disruption of the may decree of Putin 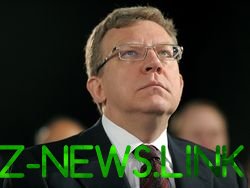 The head of audit chamber of Russia Alexei Kudrin believes that the Russian economy in the coming years will grow at a rate above the world. He said this in his speech at the St. Petersburg international economic forum.

We will remind, in may the new decree, Russian President Vladimir Putin has set one of the goals of Russia’s withdrawal on economic growth above the world average by 2024.

Kudrin noted that the growth potential of the domestic economy in the coming years, he predicted, is “about 2% and below”. “I guess we reach the strap 3% and higher to reach above-average global growth”, – quotes the head of the SP edition RNS.

Kudrin believes that the growth of the economy in 2019 will be below the official forecast of Ministry of economic development 1.3% and amount to less than 1%.

The head of SP has proposed measures to improve the economic situation in the country. According to him, it is necessary to reform the judicial system, law enforcement, public administration, and relations between the Federal center and regions. Kudrin is convinced that without such measures, Russia will not be able to make progress.

In his speech, Kudrin also touched on the case of the founder of the investment Fund Baring Vostok Michael Calvey. According to him, his arrest was a “shock” to the Russian economy. Kudrin said the impact of this event on the outflow of capital from Russia, which, he said, has doubled since the beginning of the year and exceeded over 40 billion dollars. The head of SP has said that now more than 55% of businessmen do not trust the Russian judicial system.

According to Kudrin, investment in the economy will not go up until “will not happen fracture”, pass “Vedomosti”. He said that such a fracture may be included in the key performance indicators of work of law enforcement agencies responsible for economic growth.

As reported by “New Day” in November of last year the head of audit chamber has already expressed serious doubt in the attainability of the goals of the may decree of the President of the Russian Federation.

Recall that in may 2018, the Russian President instructed the Cabinet of Ministers by 2024 to ensure the entry of Russia into the world’s five biggest economies, reduce mortality and increase life expectancy to 78 years, to reduce poverty in half, to create 25 million new jobs, to improve living conditions for at least 5 million families a year, etc.

The presidential decree lists 12 priority national projects, which the Cabinet of Ministers should develop or adjust up to 1 October. These include demography, health, education, housing and the urban environment, ecology, safe and quality roads, productivity, science, the digital economy, culture, small and medium enterprises and exports.

With Kudrin on the prospects of economic growth in Russia has not agreed the head of the Bank of Russia Elvira Nabiullina. In an interview with Japanese business newspaper Nikkei, it expressed confidence that Russia will be able to achieve by 2024 economic growth above the world average – 3%.

“This is a difficult but feasible task”, – said Nabiullina (quoted by TASS).

According to her, if all 12 projects and the plan for the modernization and expansion of backbone infrastructure with a total investment of about 25.7 per trillion roubles will be successfully implemented, Russia will be able “to achieve the goals set by the President”.

Meanwhile, on the eve of the world Bank (WB) has lowered its GDP growth forecast for Russia by the end of 2019 from 1.4% to 1.2%. A review of the assessment the authors of the report explained the decline of oil production, tightening of monetary policy and an increase in VAT early in the year from 18% to 20%. The forecast on growth of Russian GDP 2020-2012 years remained at the level of 1.8%.

It is worth noting that at the SPIEF another optimistic statement noted the Minister of economic development of Russia Maxim Oreshkin.

As reported RIA Novosti, 3 June, the Minister of economic development of Russia Maxim Oreshkin at a meeting with President Vladimir Putin promised acceleration of economic growth in Russia by the end of 2019 and slowing inflation. The Minister acknowledged that in the first quarter of 2019 was “not good statistics”.