Home / WORLD / The ‘Rules-based international order’ is dead & unless West finds new way to accommodate Russia & China, it will reap a whirlwind

The ‘Rules-based international order’ is dead & unless West finds new way to accommodate Russia & China, it will reap a whirlwind 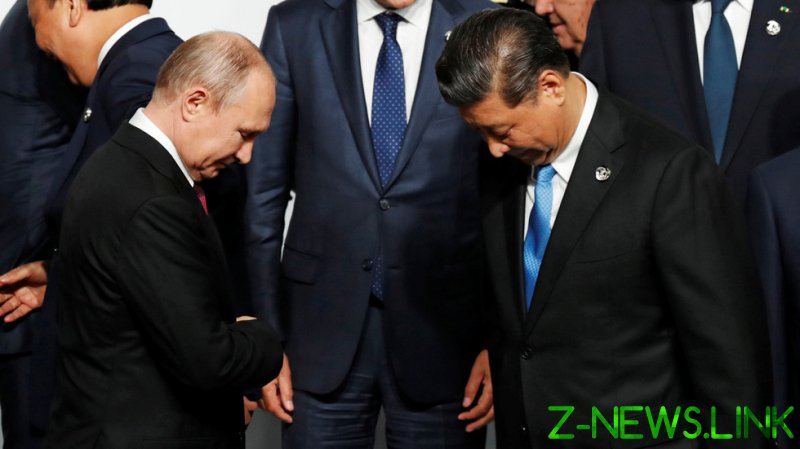 Both disastrous encounters have demonstrated that after years of animosity it is not possible to return to the previous format for cooperation. Rudyard Kipling famously once wrote “east is east, and west is west, and never the twain shall meet.” That doesn’t have to be true, but it’s a fair summation of where we are now.

Returning to a bygone era?

If you believe the preliminary messaging, the new US government sought a more pragmatic relationship with China as its diplomats went to Alaska, while the EU endeavoured to improve relations with Russia on the trip to Moscow. What was on the agenda to restore more friendly relations?

US Secretary of State Antony Blinken announced before the talks that the US would “discuss our deep concerns with actions by China, including in Xinjian, Hong Kong, Taiwan, cyber attacks on the United States, economic coercion of our allies.” In Moscow, the EU foreign policy chief Josep Borrell similarly sought to lecture Russia about its domestic affairs and various perceived bad behaviours in international affairs.

As both the meetings predictably ended in spectacular failure, China was accused of having “arrived intent on grandstanding” and Russia was charged with having prepared the “humiliation” of the EU.

But why did Washington and Brussels believe it was appropriate to set an agenda that interfered in the domestic affairs of the other and focusing solely on transgressions by one side? The West also has mounting domestic challenges and is hardly innocent in military adventurism, cyber attacks or economic coercion. However, the meetings were not intended to be between equals and cooperation was not meant to establish common rules for mutual constraints.

A liberal international system becomes synonymous with liberal hegemony, and relations are organised between a political subject and a political object, between a teacher and a student, between police and a suspect. Cooperation is defined in pedagogic terms as the one side correcting the “bad behaviour” of the other side.

Liberal hegemony or a rules-based order?

From the Western perspective, a rules-based order requires the West to uphold liberal values and thus become a “force for good”. Blinken cautioned that “the alternative to a rules-based order is a world in which might makes right and winners take all”. For China and Russia, the unipolar era has been one where might makes right and liberal values has merely legitimised unilateralism. For example, witness how Moscow’s concerns about Western military adventures in Iraq, Syria and Libya, all of questionable legality under international law, to various degrees, were ignored.

The system of liberal hegemony demonstrates that values and power cannot be decoupled. Western states, like all other nations, formulate and pursue foreign policies based on national interests, and values are adjusted accordingly. In Kosovo it was decided that self-determination was more important than territorial integrity, and in Crimea it was decided that territorial integrity was more important than self-determination.

The same rules don’t apply to everybody, equally. It’s “asymmetrical,” not symmetrical. So, when Russia intervened in Syria at Damascus’ request and the US entered Syria, without Syrian or UN permission, Moscow was judged to have broken the rules.

While democracy and human rights should ideally have a place in international relations, the application of these values are always aligned with power interests. Russian opposition figure Alexey Navalny is nominated for the Nobel peace price, while Julian Assange rots away in a British cell without such accolades. Washington’s abandonment of a four-decade long One-China Policy in terms of Taiwan, claims of “genocide” in Xinjian and support for the Hong Kong riots are also evidently motivated by geoeconomic rivalry. A rules-based system does not entail mutual constraints, but a system where the West as the political subject will police China and Russia as political objects.

Were Russia and China accommodated in the post-Cold War international order? This question is rarely asked, yet it should be considered the most important question in contemporary international relations.

Since Richard Nixon and Henry Kissinger “opened China” in the 1970s, every American administration believed that China has been accommodated in the international political and economic order. Likewise, both the EU and the US believe that they have sought to include Russia in Europe since it emerged as an independent state in 1991.

Yet, both Russia and China consider themselves to have consistently been contained. Answering the aforementioned question should be of the greatest importance. When the Cold War ended, the West enjoyed abundant political legitimacy and the leading foreign policy objective of both Moscow and Beijing was to cultivate friendly relations with Washington – two and a half decades later the two Eurasian giants formed a strategic partnership to construct a Greater Eurasia to reduce reliance on the US.

After the Cold War, both Russia and China were confronted with the dilemma of accepting the role as political objects and perpetual students in the Western-led order, or be contained as enemies of the liberal international order.

In the absence of a common European security architecture, an expansionist NATO and EU filled the vacuum. But Russia’s reaction to Western expansionism and unilateralism subsequently returned Moscow from the role as a compliant, civilising object to an enemy of the liberal international system that had to be contained.

China was in a much more favourable position as it did not face the same revisionism along its borders. China thus implicitly accepted temporarily foregoing a significant role in the international system. Deng Xiaoping famously defined China’s “peaceful rise” as entailing “[to] bide our time and hide our capabilities” by focusing on internal development whilst avoiding provoking the great powers. This approach was always temporary, as China would one day outgrow the US-dominated system. In 2010, China had become too powerful and Barack Obama announced its “pivot to Asia” to contain China, which escalated to an economic war under Donald Trump.

Between unipolarity and multipolarity

The current international disorder is caused by an interregnum – the world is currently stuck between a unipolar and a multipolar format. The West is pushing for a return to the unipolar era that existed before sanctions on Russia and the economic war against China. However, the two Eurasian giants, Russia and China, have spent the past years adjusting to a multipolar system.

The West will insist that on maintaining liberal hegemony due to a commitment and belief in liberal values, among elites (although that is no longer uniform), while Russia and China will reject a value-based system that is instrumental to impose an untenable unipolar order. There is no going back as the world has moved on, although the West is not yet ready to move forward.