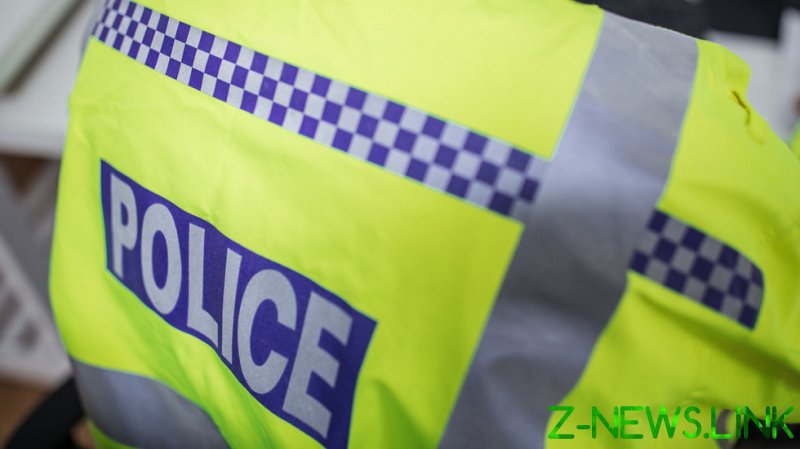 Over 35 years in policing, I lived and worked through some of the most infamous crimes of racial or homophobic bigotry. You will have heard of many of them. If I was not involved in the investigations or managing the tragic aftermath, I knew those who did personally. I met many of the victims or their families. I know the inside stories, what really happened.

At the weekend, the Daily Mail revealed that police in England and Wales have now recorded and investigated more than 120,000 reports of ‘hate’, none of which has been regarded as a crime. Paul Giannassi OBE, a police superintendent and spokesman for the National Police Chiefs Council, believes that these non-crime incidents may be the starting point in an escalating process that could lead to murder. He may be right; in my experience, an argument or verbal abuse can sometimes lead to extreme violence or death. However, the problem is that not a single police force in England or Wales has provided any evidence that this is the case with these ‘hate’ incidents.

So why do we have this peculiar type of ‘hybrid incident’, where police do not record a crime, but as part of their investigation may arrest you, record your details, and even take your DNA, potentially generating unfavourable and unwarranted data that may stay with you for many years? When you consider that those who call the police in the first place might be doing so out of some malicious intent, or an overexcited woke view of the world, this is quite a disturbing thought. There is not much you can do about it if it happens.

The rise of the ‘hate incident’ has occurred for the very best of reasons – a desire to stop people being victimised because of the colour of their skin, their religion, their sexual orientation, age, disability, or for being a Traveller. As we have seen over the years, there have been some terrible crimes motivated by sheer hatred.

For example, we all know the story of the botched police investigation into the murder of Stephen Lawrence in south-east London in 1993. Why did the police foul up then? Lack of resources, incompetence, some uncaring staff, senior officers who failed to react to the concerns of the family… there was an abundance of reasons.

But knowing policing at that time, I do not rule out a perception among some of the officers involved that it was also a sense of “just another black kid getting himself stabbed… it happens every day… don’t go mad on this one.” I understand why Baroness Lawrence, Stephen’s mother, was outraged; even a much better-conducted Metropolitan Police re-investigation that resulted in life sentences for two of his killers can be no consolation for her grief. It was not unreasonable for Lord Macpherson to conclude at the time there was “institutional racism” in the Met.

And what about the ‘nail bomber’ David Copeland, a neo-Nazi and wicked loner who in 1999 placed nail bombs in Brixton Market, Brick Lane, and Soho? Each was designed to kill or maim members of minority groups: black people, Asians, and gay men and women who frequented the Admiral Duncan pub. He succeeded, killing several and wounding hundreds, with some losing limbs.

There are also less well-publicised acts of evil against minorities that go on everywhere. When off duty on the tube, I once saw a drunken, bullying yob abusing a Muslim woman who was sat alone. No one helped. Unfortunately for this bigot, I stepped in and he got nicked. We have probably all seen that sort of thing before.

Whether it is the murderers of Stephen Lawrence, Copeland the nail bomber, or the loud-mouthed ignorant yob on the tube scaring a lone woman just because she is a Muslim, one thing is certain about such bigots: they are horrible creatures and need to be dealt with. That is why legislation now exists to increase the penalties for crimes that are aggravated by ‘hate’.

However, this well-intended and righteous provision in law has also seen the introduction of a new way of categorising non-crime ‘hate’ incidents. With such incidents, any police or Crown Prosecution action does not result in a criminal case, and those who are effectively the accused have no way of proving their innocence. Nevertheless, they still end up labelled as the perpetrator of a ‘hate incident’.

Accordingly, we now see squabbles between school children, neighbours, road rage arguments, and even postings on social media falling into this category. I do not know if this is a good idea, but I am sure of one thing: it is adding to a growing sense among some that you will be prosecuted for saying anything that may be sensitive to others, especially if they are part of a minority. Put simply, it is a charter for the ’woke’ to shut down debate on issues that need to be aired if we are to have a safe, just, and inclusive society, a nation where the weak and vulnerable or socially disadvantaged are protected.

I can tell you many are not. And why? Nobody is prepared to tell the truth.

How many little British girls, for example, are subjected annually to the savagery of female genital mutilation? This is a practice prevalent among some of the diaspora from parts of Africa and the Middle East. How many teachers suspect it goes on among their pupils? How many police chiefs turn a blind eye, despite knowing the statistics and communities where the little girls are at risk? A lot, I know, because as a former police and crime commissioner I have tried to get educationalists and police chiefs to grasp the issue. Why don’t they? They do not want to be accused of a ‘hate’ incident.

Or what of the cities where we have had cases of Asian taxi drivers, almost all of Pakistani heritage, involved in grooming, drugging, raping and pimping out vulnerable teenage girls? Why didn’t teachers, social workers and the police do something earlier? Again, they have careers, and did not want them blighted by accusations of ‘hate’ incidents.

What do we do about the carnage on our city streets, where every day, mostly black youths stab, shoot, or stamp to death other black youths? If the victims are lucky, they end up maimed, their lives blighted forever. A new trend is stabbing in the rectum, forcing the victim – if they survive – to have a colostomy bag forever. Meanwhile, our young offender prisons are filled with more and more black youths who are convicted of these crimes.

Where is the outrage in the media? What are they saying on the news channels? What are most police chiefs, heads of social services, and our senior and local politicians saying about this mayhem? Very little, because nobody wants to be accused of a ‘hate incident’.

So, what has this well-meaning idea from those at the top of policing and the CPS actually achieved? The answer is a society where people are increasingly scared of discussing and addressing the ‘elephant in the room’, and scenarios where criminals can claim racist or bigoted motives from those who legitimately try to stop them.

Stephen Lawrence was not a gangster, but a studious teenager who had never been in trouble. He died because he was standing at a bus stop, stabbed by white racists. The police let him and his family down. I doubt his family would want other parents of black youngsters to suffer in the way they have.

But that is where ‘hate incidents’ are taking us. The fear of being labelled a bigot is causing some people to turn a blind eye to crimes perpetrated against minority communities. And that, ultimately, helps no one.