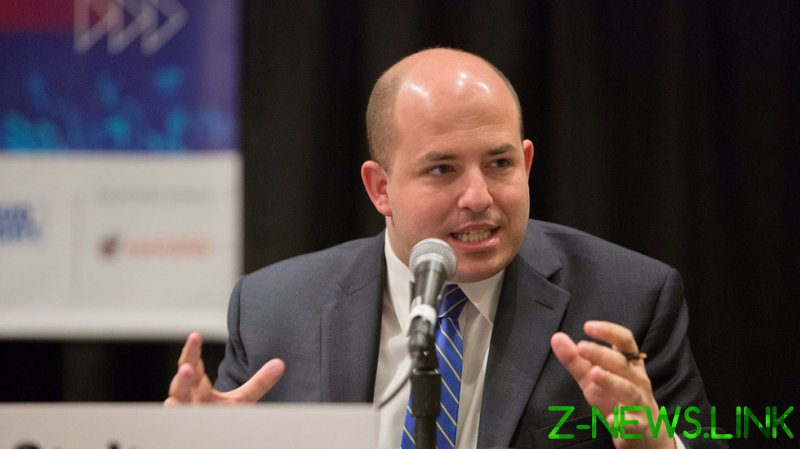 “Network TV anchors were ‘the closest thing that America had to national leaders on 9/11. They were the moral authority for the country on that first day,’” Stelter tweeted on Saturday, the quote coming from an Associated Press piece highlighting the major news anchors covering the 9/11 terrorist attacks while they happened.

The actual quote comes from ‘The Only Plane in the Sky’ author Garrett Graff, who claimed television news anchors like Tom Brokaw, Peter Jennings, and Dan Rather “counseled” the country through a trying time while “its political leadership was largely silent and largely absent from the conversation.”

Stelter added to the point by claiming political leaders were hiding in “bunkers” and keeping “out of sight” following the terrorist attacks.

As many were quick to point out to Stelter, then-President George W. Bush addressed the nation that night from the Oval Office, and he would go on to visit the destruction, as did then-New York City Mayor Rudy Giuliani.

Some pointed to the president and the mayor as more the “national leaders” than news anchors as some couldn’t even receive the broadcast signals from some of the anchors mentioned by AP.

“No, we had the president & the mayor. In NYC, we couldn’t even get two of the three networks because their broadcast antennae were atop Tower One,” conservative writer Dan McLaughling tweeted in response to Stelter.

Stelter pushed back against criticism by acknowledging the Bush address and then telling the growing number of critics to address the author quoted in the AP piece. This is despite the fact that many have taken issue with Stelter’s words after the quote, which appear to be his own thoughts.

“You added your take outside the quotes! Also, you shared it. So at some level you liked it and agreed with it. You didn’t offer criticism, so what other deduction is there? Stop playing these stupid games Brian. We all know what you’re doing,” NewsBusters reporter Nicholas Fondacaro tweeted to the CNN anchor, who is no stranger to controversy over questionable positions.

Others took issue with both Stelter and the media-loving story, with many pointing to it as inappropriate to be arguing journalists are the “real heroes” on the 20th anniversary of terrorist attacks that claimed nearly 3,000 lives, as on the list of people who had to respond to the attacks that day, journalists may fall fairly low on the ‘hero’ scale.