The pyro house MP Birch was in intensive care 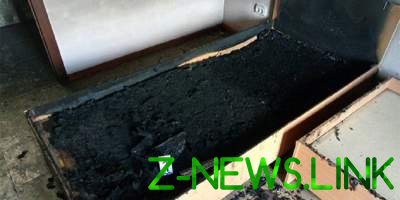 Mentally ill man set fire to the guest house and the car of the people’s Deputy from “NF” Yuri Birch.

First Deputy Chairman of the faction “popular front” Andrew Teteruk said that the alleged mentally ill man set fire to the guest house and the car of the people’s Deputy from “NF” Yuri Birch. This was said Teteruk.

“From what I know, some insane man escaped from the hospital because it is still summer out there somewhere hiding. I don’t know the details. But he set fire to a guest house, car Nissan. And his guards then detained and handed over to the police. And we will continue to wait for messages from law enforcement agencies,” – said Teteruk.

Previously, the publication INSIDER, citing sources in local law enforcement, reported that the house of the Deputy from “popular front” Birch in the village of Chumaky Dnipropetrovsk region tried to penetrate the unknown man.

“According to official information, 24.09.2017 in a call center Pyatikhatskogo OP OP GU NP of Zhovti Vody in Dnipropetrovsk region received a report that at about midnight they went to arson on the territory of homeownership at: Pyatihatsky district, village of Chumaky, vul. Shevchenko, 1-a (owner-Deputy of the Verkhovna Rada Birch G.).”, the message reads INSIDER noted that at the scene detained the man, whose identity is established.

The fact in eRDR made under the Criminal code, infliction of bodily injuries of medium severity. However, according to the newspaper, the man 1980 year of birth is in serious condition, he had broken 4 vertebrae, intracranial hematoma, leaving him a Ghost of a chance to survive.

In addition, sources believe that the injuries the man struck the Deputy. However, yesterday, September 25 on the website of the Main Department of Ukraine in Dnipropetrovsk region posted a message about the arrest of a man who set fire to a house and a car. “On September 23, 2017 at midnight the attacker has set fire to one of the rooms of the uninhabited house in the village of Chumaky Pyatikhatskogo district of Dnepropetrovsk region.

A little later, a Nissan car parked on the Bank of the river Saksagan. The house was guarded by two men who noticed the fire quickly localized the fire and called the police. For committing a crime, was detained the resident of Krivoy Rog 1980 year of birth”, it says . Investigators Pyatikhatskogo OP opened criminal proceedings with preliminary legal qualification under part 2 of article 194 of the Criminal code of Ukraine (intentional destruction or damage of property). The suspect is detained as article 208 criminal procedure code of Ukraine.