Home / policy / The publican with the psychology of the security forces, or What you need to know about Mikhail Mishustin 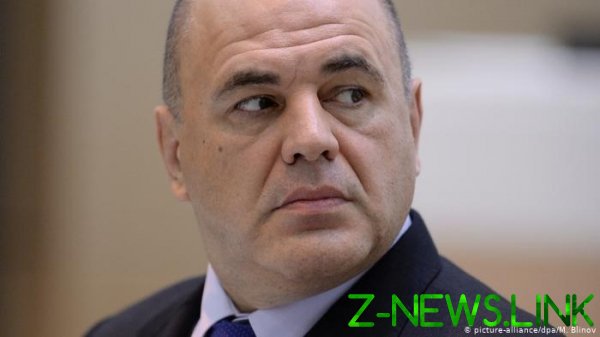 Engineer, hockey player, devoted performer… What other characteristics give the future Prime Minister of Russia Mikhail Mishustin, DW found out from the experts.

Thursday, January 16, the state Duma a majority of votes approved the appointment of Michael mishustina Prime Minister of Russia. On the eve Mishustin, at that time the head of the Federal tax service (FNS), was proposed by Russian President Vladimir Putin to the post of Prime Minister after the dissolution of the Cabinet of Dmitry Medvedev, which became known shortly after the announcement of the annual presidential address to the Federal Assembly. DW collected the basic facts about the successor Medvedev.

Career mishustina: from computers to taxes

Mikhail Mishustin is not a representative of the “St. Petersburg team” – he was born in Moscow in March 1966. At age 23 he graduated from the Moscow machine tool Institute (STANKIN) in specialty “computer aided design”. In 1992 – post-graduate studies. Candidate and doctor dissertations defended Mishustin much later, both works are devoted to taxation. Candidate – on “the mechanism of the state tax administration in Russia” – was protected in 2003, doctoral (“the Strategy of formation of property taxation in Russia”) – after seven more years. 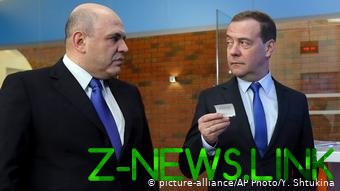 After graduation Mishustin began working at the International computer club (MKK) is a public non-profit organization, and they also created. The company, according to media reports, was engaged in the supply of computer equipment to various entities. The official website States that when the ICC was conceived, “the goal was integration of the Russian and foreign computer technology, and more precisely, the involvement of Western advanced information technologies in the USSR.”

This is followed almost three-year gap in the biography of the future Prime Minister. And in 1998, he served as Deputy head of State tax service of Russia. From March 1999 to March 2004 he was Deputy Minister for taxes and duties. The peak of his career in the tax field Mishustin reached in 2010, when he headed the FNS.

Wife mishustina – Vladlen Y. – ten years younger than her husband. It is registered in the state register of individual entrepreneurs (PI) since 2008. As the primary business activity is the organization of the dance halls and discos, as additional – bars, clothing and accessories, movies, concerts, as well as the provision of hairdressing services. In 2013, her SP has been discontinued. It is also known that mishustina was the co-founder of CJSC “international computer club” that was liquidated in 2016.

Income Vladlena’s Mishustina 2.5 times the income of the spouse. According to the Declaration, at the end of 2018, it earned 47.7 million rubles, the head of the FNS – nearly 19 million property in the Declaration are not specified, however, according to media reports, the couple own a house on the ruble and the apartment on the three-Dimensional shaft, which are recorded on the “Russian Federation.” Mishustina have three children. The head of the FNS is interested in sports – playing hockey in Night hockey League is a hockey fan.

A native of FNS – it’s almost a strength

Evaluating the professional achievements of the future Prime Minister, among the main experts call the widespread introduction of IT technologies in tax sphere, including in the most on, which colleagues mishustina often referred to as the digital Corporation. 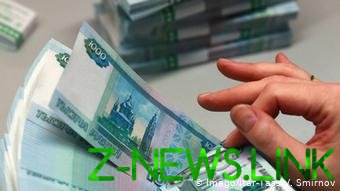 Over the past five years tax revenues in Russia increased by 36.5%

As stated by DW, the head of the Economic expert group Evsey Gurvich, “the digitalization conducted during the work mishustina, will significantly reduce the variances in the collection of taxes, in particular value added tax (VAT)”. In just the past five years, tax collection in Russia has increased by 36.5% (6% in 2019). In addition, the expert reminded that the function of collecting social contributions passed on to social funds (in 2010) and back (in 2017): “When she returned to the FNS, it became obvious that she collects them better.”

He Mishustin has repeatedly stated that the achievement of FNS is the result of joint work by several ministries, including the Finance Ministry, Rosfinmonitoring, the Federal Treasury and the government. “FNS is credited with such achievements as the introduction of a tax for self-employed, but they only sell an idea, on itself has nothing to offer”, – said Gurvich. Other experts also point to the fact that Mishustin – much more good performer than a strategist.

In the words of economist Mikhail Khazin, is a classic performer with no imagination: “His personal views play no role, he is stubborn in his quest to complete the task, technically savvy, because he is an engineer. Economy he does not know, does not understand and should not”.

According to Khazin, in order to meet the challenge of improving tax revenues, “Mishustin crushed a tremendous amount of real economic activity”, in particular small and medium businesses. Khazin believes, Putin has stopped the choice on the Mishustin, because the time has come to abandon the liberal course, which led to the drop in the President’s ratings, especially after the pension reform.

“People don’t like publicans. Perhaps at first they will look at mishustina wary, but if he starts to root out the liberal team, he’d be treated well”, – predicts economist. That the new Prime Minister will continue to strictly follow all the instructions above, Khazin has no doubts: “the IRS technically not a power, but in reality it is a strength. Other people don’t go”.

Technical Prime for a short period of time?

The former chief of the currency Board of the Central Bank, the head of the “National project of development” Andrey Tcherepanov believes that the reason for the success mishustina is his absolute loyalty to the authorities and meekly execution of all decrees: “Perhaps in this lies the secret of his long stay at the helm in the same Federal office”.

Besides, said Cherepanov, it is important that thanks to the efforts mishustina at the head of the FTS of Russia managed to replenish the budget, which is important in a stagnating economy: “this will come in Handy in the near future.”

According to Cherepanova, perception mishustina population will be calm, because he personally did not initiate the tightening of the tax: “This is a purely technical figure, in the sense of increasing taxes, increasing the tax burden of it did not depend”.

At the same time the expert believes that the Premiership mishustina won’t be long: “Putin most likely assumes some time to take a new turn with the appointment of a more serious weight in the public eye of the person. The swing swung in the direction of the unknown figure, then there is a movement in the opposite direction. It is the Russian people like it.”