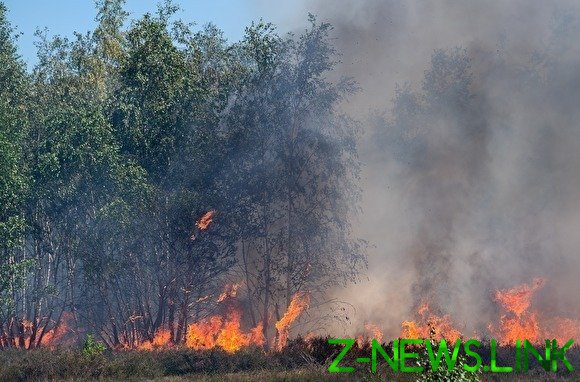 Authorities in Irkutsk region and other regions of Russia has distorted the statistics on large-scale forest fires. It is reported by RIA “Novosti” with reference to the representative of the Prosecutor General of the Russian Federation Roman Fedosov.

“We have fixed the data corruption about the time of fire suppression. Reliably we can talk about distortions in the Irkutsk region and other regions… For the Krasnoyarsk territory, the test is still going on, in Buryatia such cases have been detected,” — said Fedosov.

He said that the parameters of forest fires was underestimated, because of this they do not have time to react. Another problem Fedosov called red tape. Due to bureaucratic delays authorities of Angara region have not increased in time the grouping for extinguishing fires, said the Prosecutor.

Earlier in the MOE reported that the main reason of occurrence of natural fires in Siberia was careless handling of fire.

According to Greenpeace, this season in Russia burned more than 12 million hectares of forest is larger than the area of Portugal or Slovakia and Croatia combined. The most powerful forest fires raging in the Irkutsk region, Krasnoyarsk region and Yakutia. The total area of natural fires in these regions reaches 3 million hectares. Russian authorities until recently extinguished fires in remote areas because the costs exceeded the projected damage. In the five regions were declared emergency mode.

After the issue drew the attention of leading Russian and world mass media, politicians, famous musicians and even Leonardo DiCaprio, the Prime Minister of the Russian Federation Dmitry Medvedev has demanded urgent measures from the regions and the Federal center for Wildland fires. He was sent to Siberia to control the situation, Minister of natural resources and ecology Dmitry Kobylkin. Russian President Vladimir Putin instructed the defense Ministry to help rescuers in fighting forest fires.

The world meteorological organization declared that raging in Siberia and other Northern areas of giant forest fires can cause global climate change. Experts do not exclude that the consequences for the Earth’s environment will be catastrophic.