Home / policy / The organizers of the protests in Kiev are planning a coup.

The organizers of the protests in Kiev are planning a coup. 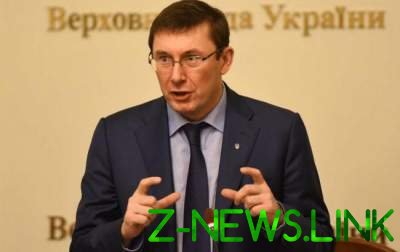 The head of the GPU, said that “in due time” he will prove the protesters allegedly financed from abroad.

Prosecutor General Yury Lutsenko declares that the organizers of the protest action in the government quarter of Kiev allegedly planning a coup financed from abroad. He said this in his speech at the Council for regional development.

“There are grounds for a peaceful protest. The authorities have errors, and the lives of people quite difficult. But the right to peaceful protest does not mean right to the preparation of a military coup, which started a small group of people, about 150-200 people, which declared itself the only righteous require the state to do exactly what they want – with the support of Finance from abroad”, – he said.

The head of the GPU at the same time added that “in due time” he will prove the protesters allegedly financed from abroad. Where exactly and who, in his opinion, provides funds to destabilize the government quarter, he said.

Lutsenko said that the government will be guided by the laws and the will of the people, “and not a bunch of adventurers who want to make another coup in favor of the Kremlin.”

See also:  In Russia "more room" Putin has compared the protests in Russia and in the West