Home / economy / The new spin. For the sake of the profits of the Kremlin have to lower the incomes of citizens of the Russian Federation in dollar terms

The new spin. For the sake of the profits of the Kremlin have to lower the incomes of citizens of the Russian Federation in dollar terms 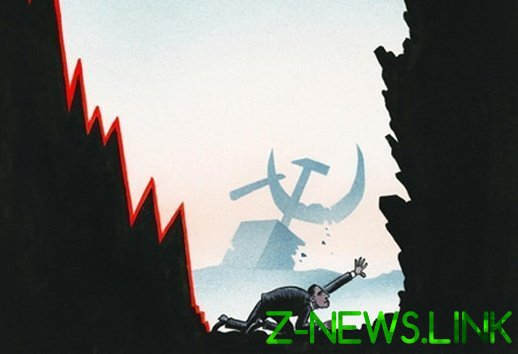 Now, Brent is trading at a price of less than $ 20 per barrel, and Saudi Arabia comes on the traditional markets, “the Kremlin”. After Russia’s refusal of renewal of the previous agreement in terms of production, the Saudis began increasing production and began negotiations with the major European buyers of Russian Urals, offering them oil at 25 dollars per barrel, whereas the “Kremlin” offers about 20% more expensive. And for the second consecutive week while oil traders are unable to sell through the ports of a single barrel of Urals oil to Europe. And the collapse of prices for “black gold” to the lowest levels since 2003 and added the sharp compression of demand.

It seems that the Saudis today, breaking not only the liberal KGB economies, but also the entire market of oil. But the undoubted winners in this story will be USA – they have the largest consumption of oil and the price of gasoline and diesel fuel are directly dependent on raw material costs. In this regard, the income of American citizens will rise to 6%. Trump now the elections, he had promised the era of cheap oil now did it.

What is happening in the oil markets, in turn, means a drop in revenues while of the budget, and therefore, will impact on the implementation of national projects and social programs announced in the notorious Putin’s message. The fact that the Russian budget is drawn up on the basis of the cost of a barrel to $ 40 a barrel. Now it is half, and it seems that the bottom of the fall has not yet been achieved. The total cost of implementation of national projects was estimated at 25.7 trillion until 2024. The further action prescribed in the message to the Federal Assembly will cost another 400-500 billion rubles per year. Payments under the matkapital for the first child and hot Lunches in schools not accidentally offered simultaneously with the amendments to the Constitution with the redistribution of powers in the power configuration around the figure of Putin. The law on amendments, we will remind, already adopted by the state Duma and signed. All decisions were made in haste, Putin and company wanted to be able to make amendments to a vote April 22. But first, for those plans hit a coronavirus, and now runs the risk of “zero” and the only “sweetener” constitutional pills – social promises.

The Ministry of Finance plans the budget deficit for the year, whereas previously expected a surplus of 0.8% embedded after the “pension reform,” the increase in VAT and other serial looting of the population. Now for “maintenance of trousers”, that is, the ruble, the Agency Madam Nabiullina sells foreign currency on the domestic market from the national welfare Fund national welfare Fund. So we can say that in the course started up the reserves. But how long will they last? After all, oil “crutch” lost indefinitely.

The social part of Putin’s message is the only technology designed to support the Putin government. And now it struck. With high probability the social part of the amendments will be the fate, for example, the rules on free health care when the clinic first thing the eye catches the price list for services.

How far can the crisis is difficult to predict, but with the current lack of control and impunity, “the Kremlin” will bring the situation to anything. Not even in the welfare state, such as, for example, the center of capitalism as the United States, in such a situation was introduced measures against the richest. When it comes to life and death, the rich should pay for everyone. However, the “Kremlin” will undoubtedly continue to suck the juices of the poorest. They aim at reduction of oil prices to maintain their profit. And for this they should be lower in dollar terms, incomes of the Russian Federation – that is, to make the population of the poor.

The main problem now is no longer whether or not dosidev dosidev Putin to 2036, or someone else will have to sing the mantra and to give good promise on TV. The main question is: will survive General of the Russian Federation until 2036