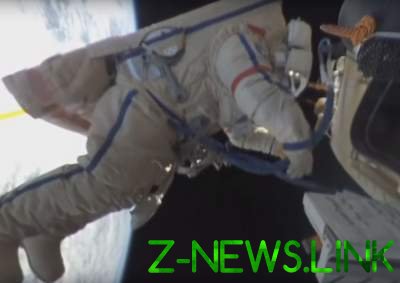 Panoramic shooting was conducted from the ISS in August 2017.

The crew of the International space station conducted the rst in the world to live in open space with 360 degree coverage. In the video shows Russian cosmonauts Sergei Ryazansky and Fyodor Yurchikhin, who are outside the ISS and launch 5 nano-satellites.

Video shooting was conducted during the 7.5-hour spacewalk in August of this year. In addition to launching satellites, they also carried out repairs. The final video has a duration of only 3.5 minutes. Thanks to 360 degrees it allows you to see the astronauts themselves, the outer case of the ISS, planet Earth and launching satellites (“Tanya” and “TS530-Mirror”). At the end of the video is accelerated and shows the flight of the ISS orbiting the Earth.

Video prepared by the Russian space Agency “Roskosmos” and the spacecraft manufacturer Energiya. It is not specified what kind of camera was used for shooting video.