Home / Incident / The murder of a schoolgirl in Zhytomyr: the scandalous details

The murder of a schoolgirl in Zhytomyr: the scandalous details 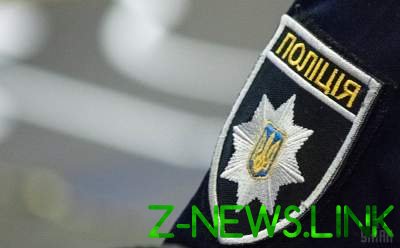 In case are already five suspects.

In the Zhytomyr region in the beating to death of 17-year-old resident of Raspberries while figures 5 suspects, today all of them presented with a suspicion of a crime.

According to him, “now has 5 members of the incident, all of them local people – 2 men and 3 women aged 20 to 22 years.” Pechenenko added that all 5 individuals have already declared suspicion. So, 21 year resident of the said city is declared suspicion of grievous bodily harm and leaving the battered girl in danger.

The court chose the measure of restraint in form of detention. Three other party charged with leaving girl in danger.

“Now the issue of election of a measure of restraint in form of detention for a 20-year-old boy and girl, and for another 20 years, malignancy – in the form of house arrest,” Pechenenko said. House arrest, also faces another 22-year-old member of the crime for failure to render aid to the girl, who was in a condition dangerous to life.

See also:  An armed attack in the center of Odessa: new details

At the briefing the law enforcement officers answered questions from journalists and said that the family, which was educated the girl is disadvantaged, parents abusing alcohol and repeatedly brought to responsibility for administrative offences.

It now appears, will they be punished for something that allowed the development of tragic events. Information about how really died Malenchenko stole 500 UAH what she’s accused attackers, now checked.

As previously reported, yesterday, the 24th of October, in the Zhytomyr region died in hospital 17-year-old resident of the city of Malin, allegedly because of a debt of UAH 500 with special cruelty beat friends and left to die on the street.

After the girl’s death a criminal investigation concerning the perpetrators of the tragedy reclassified to part 2 of article 121 (deliberate heavy injury, entailed death of the victim) of the Criminal code. The girl came to the emergency room of the hospital on 18 October.

See also:  In the Zaporozhye/h fighter reloaded the gun and killed colleague

Police established that on the night of 18 October after a drink girl was beaten and left on the street friends allegedly due to debt. At the time of hospitalization the girl was diagnosed with closed craniocerebral injury, brain edema and total loss of body heat.

Doctors performed surgery, but to save the life of a 17-year-old girl failed. The participants of the conflict was declared suspicion in Commission of the criminal offence under article 135 (abandonment in danger) of the Criminal code of Ukraine.

Concerning one person was remanded in custody. Such actions are punishable by deprivation of liberty for a term of 7 to 10 years.