The mentioned characteristics of the first notebook Redmi 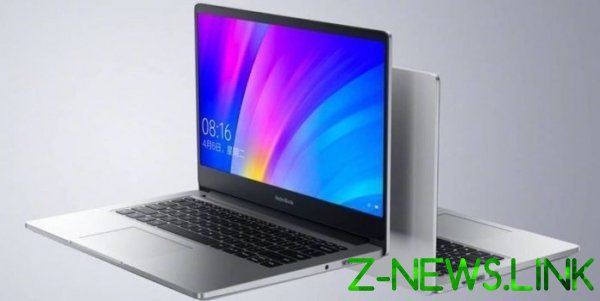 The first gadget is called RedmiBook 14

At the same time with a new smartphone Redmi and Redmi K20 K20 Pro company Xiaomi has introduced a new laptop — the first under the brand Redmi, which in the beginning of the year has been allocated in the independent company.

“First laptop new brand called Redmi RedmiBook 14, and the number in the model designation reflects the display size — 14 inches on the diagonal”, — stated in the message.

In General, we cannot say that the new product is radically different from the latest models of the Xiaomi Mi line of Notebook Air, which in turn is externally largely similar to Apple’s Macbook Air. RedmiBook 14 stands out primarily for its mass-dimensional characteristics. More specifically, in the presence of a metal body and 14-inch screen, the novelty has a thickness of 14.8 mm and weighs only 1.5 kg. the Size of new fully — 309,6×210,9×14,8 mm.

Also, the manufacturer stresses the ratio of the area of the screen to the lid — it reaches 81,2%. The thickness of the framework on the sides is only at 5.75 mm. In this case an IPS panel Full HD resolution with a matte finish.

In the basic version RedmiBook 14 includes Intel Core i5 processor, the eighth generation, 8 GB RAM and SSD capacity of 256 GB. For those who need to store more data, there will be a version with a SSD of 512 GB. Finally, the top version will offer 512 GB per drive, more powerful processor Intel Core i7 (8565U) and a discrete NVIDIA GeForce MX250. Games that this model does not become, but in General play many games a possibility.

The laptop is equipped with a large touch pad cursor control, a full-sized membrane keyboard with led backlight and supports the function of Xiaomi Smart Unlock 2.0, allowing you to quickly lock the device (for 1.3) by means of the associated fitness bracelet Mi Band 3.

A rather modest set of ports: one HDMI, two USB 3.0, combined 3.5 mm audio Jack and USB 2.0 port. The battery life of the device during video playback — 10 hours. Supported fast charging: 35 minutes can be filled 50% capacity of the battery.

Sony has patented a unique VR-gloves

The first batch of laptops will be implemented in China on 11 June.