Home / policy / The market is frightened by the signs of an impending financial crisis: the ruble fell sharply

The market is frightened by the signs of an impending financial crisis: the ruble fell sharply 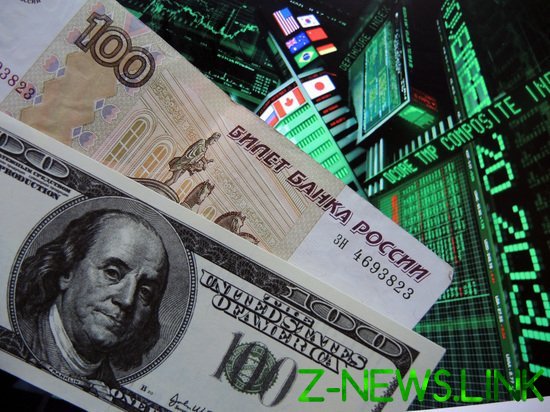 The mood in the exchanges rates are fluctuating daily

“Hysterical” Analytics, sentiment in global financial markets. Vertically soaring on Tuesday by more than 5% of the price for Brent crude on Wednesday fell on the same 5% and below. Collapsed almost all stock indexes, including the Russian, and the dollar exceeded 66 rubles

The reason for the rapid fall of almost all indices and prices of raw materials worldwide is manifested in the signs of the imminent recession, which in reality was already evident a long time ago, but the market preferred to ignore them, completely focusing on the tweets of US President Donald trump.

Indeed, at the beginning of the new working week the head of the American state managed their statements to push the market up. Announcing the postponement of the introduction of a ten percent duty on imports of certain Chinese goods, the White house gave hope that the strained relations between the two countries can develop and be beneficial to all the end of the trade war in the offing.

“Shopping for Christmas” trump: oil prices have soared due to the deferral of fees.

At this news Televisa for several consecutive trading sessions oil has sharply appreciated in value by more than 5% in the moment, but on Wednesday, the quotes of “black gold” once again rushed to the mark of 58 dollars per barrel. Fall time has exceeded 5%.

Provoked the collapse of fears of a looming global financial crisis, signs of which bidders still considered on Wednesday.

The first symptoms of anxiety became visible in the market after the publication of macroeconomic statistics in China. Industrial output in China last month increased by the weakest pace in 17 years — 4.8%. Next came the statistical data in Europe, and then the anxiety started to turn into a mild panic. The volume of industrial production in the Euro area fell by 1.6% m / m and 2.6% per annum. The German economy, according to preliminary estimates, in the second quarter dipped 0.1% compared to the first quarter, with seasonal adjustments.

After that the markets began sales. It is worth noting that the bad macroeconomic statistics coming out throughout the world for quite some time. Furthermore, data on GDP of Germany in the second quarter coincided with the consensus forecast. More or less decent stats were only on the economy of the United States. However, the market took it all to the us-China trade confrontation, believing that the situation in the global economy will improve dramatically, once countries agree among themselves what should happen in the near future.

However, there came a time when bidders can no longer ignore the signals about the deterioration of the global economy, experts say. The last remaining market optimists crippled the so-called inversion of the yield curve, clearly manifested in the environment.

By 13: 30 Moscow time the yield on short two-year government bonds U.S. Treasury was higher by 1.2 basis points of return a decade long. The yield on two-year securities was $ 1,632% per annum and a ten-year — 1,624%. This is very rare and most analysts tend to believe that the inversion indicates impending crisis. Many call this phenomenon the most reliable indicator of future recession.

The fact that under normal circumstances, investors are more confident in the reliability of short-term bonds, since the likelihood of any adverse events in the next two years less than the ten-year term. Accordingly, the cost of yearlings higher, and the yield less. But when investors see a threat in the near future, they get rid of short-term bonds, therefore increasing their profitability. The last time this happened in 2007, and next year, the world faced a global financial crisis.

Against this background, the markets began “flight from risk”. Bidders got rid of the securities of countries with developing economy, including Russian. Oil time fell by more than 5%, and the price of gold continued its ascent to new heights.

The situation on the financial markets worried about the U.S. President Donald trump what he wrote in his Twitter. The American leader considers that the world economy go bad, the blame for everything that happens, in his opinion, lies with the leadership of the Federal reserve system.

“China is not a problem for us, although the situation with Hong Kong does not help. Our problem is the fed. Raised too much and too fast. Now is too slow… reduce the excessive Profitability, and other countries say “thank you” helpless Jay Powell and the fed. Germany and many others play this game! Crazy curve is a negative income! We have to reap large revenues and profits, and the Federal reserve we hold. We will win!” — wrote the President of the United States.

On Thursday morning the markets opened again in red color. According to 5.40 Shanghai Shanghai Composite index decreased by 0.75%, shenjansky SZSE Component fell by 1.21%, the China A50 index by 0.6%. Hong Kong’s Hang Seng was carefully decreased by 0.11%.

There is little hope on any positive trading on Thursday. However, in recent days, the situation came under the influence of the “hysterical” mood of the market changed to the opposite in just a few minutes.