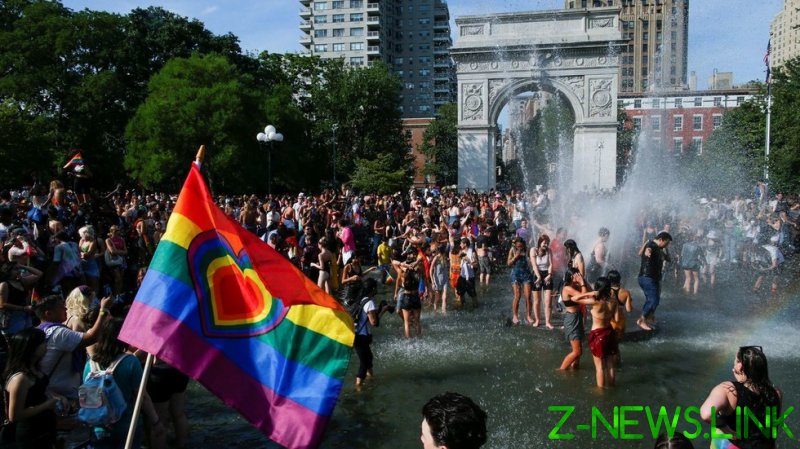 Isaac Newton’s third law of motion holds that for every action there is an equal and opposite reaction. Though this does apply to physics, it can also apply to culture and society. Back in the early 2000s, the religious right in America pushed for the government to canonize traditional marriage and institute several state bans on same-sex unions. They were met with a large amount of pushback from the LGBT lobby. Ultimately, those bans were deemed unconstitutional by the Supreme Court, and the rainbow flag waved proudly over the cultural battlefield.

As time has gone on, the LGBT political lobby has continued to push into the culture with all the subtlety of a sledgehammer hitting a glass table. Recently, the San Francisco Gay Men’s choir put out a video it has since deleted stating that they were “coming for your kids.” Though they claimed it was satirical, I doubt any parent who worries about the safety of his or her child thought it was very funny.

The push continues in other areas, recently, it was reported that a Wisconsin school district was providing books to third graders containing sexually explicit LGBT literature. Amont other things, these books describe various sexual acts in graphic detail as well as how to use sex apps. It goes without saying that there are outraged parents, furious at the school district for allowing such a thing to go on. An eight- or nine-year-old child has no business getting any education regarding sex beyond what their parents wish to talk to them about. Then again, that’s the general problem with what the LGBT lobby is doing, they’re trying to come into the homes of Americans, uninvited.

When I wrote about Ron DeSantis passing Florida’s ban on trans athletes, I discussed the idea of there being certain cultural lines in the sand. Most Americans are perfectly fine with gay marriage being legal, because most Americans understand that nobody really wants to be judged for what they do within their own home. However, whenever you start pushing into other people’s homes, demanding that they not only accept your lifestyle, but actively approve and even encourage it, you go from mutual respect into the realm of tyranny.

The fact of the matter is that parents don’t want to deal with discussions on sexuality at anyone else’s pace, and they shouldn’t have to. Schools and governments should not be dictating to families what they should be doing for their children in this regard. The parents know their children best, and they are ultimately responsible for them. Trying to force these sorts of sexually explicit discussions onto such young children will always come across as a violation of the respect of one’s home and family. The reaction will always be that of absolute revulsion, and there will be a backlash.

The irony of this is that the same fire and fury that the religious right had those years ago is now equaled in the LGBT lobby. Now it’s LGBT activists who want to influence what goes on in people’s homes. They are demanding not just acceptance but approval of their lifestyle, as if the idea of simply respecting each other’s privacy isn’t enough. The reaction to this won’t be what they want.

I predict the blowback will come in layers. First, these angry parents will be going to the school boards and then getting put on those school boards to make sure this doesn’t happen. From there, state governments will be lobbied to ban this literature within schools, and more than likely in red states the bans will go through. The American family will push back, and many will argue that the ‘slippery slope’ argument put forward by the religious right in the first place was correct. I would argue that’s not the problem. The problem is we live in a world where people simply cannot leave well-enough alone, and as such we will constantly be at each other’s throats until we can, once again, learn to mind our own business.