Home / policy / The Kremlin demands from governors something quite unusual 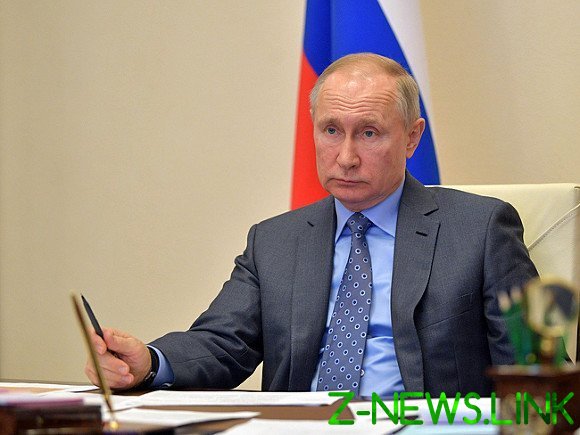 The Kremlin demands from governors something quite unusual — that they began to behave as independent leaders.

Vladimir Putin for the second time in eight days used heavy artillery — format live televised address to the nation. This time he did not talk about economic aid to the population, and thanked the doctors and just announced the extension of the “long weekend” immediately until April 30, with may holidays, means that the Russians really go to work, God forbid, only on 12 may.

Ahead almost a month and a half of “rest”, but almost nobody’s happy. The problem is that many have realized — we are talking about the “output strict mode”. After all “mode of working days” is just a euphemism for a de facto talking about quarantining.

However, in Russia, even the most important things I try not to call a spade a spade. It’s such a world topsy-turvy, through the looking glass or, if you want a “Country of liars” by Gianni Rodari. Only instead of Gelsomino we have a virus that he have no vote but magically makes shouting all around: fear, panic, perturbation, or threat of imminent ruin.

After the new presidential address turn to shout louder than all came to private business. State-owned enterprises and corporations can count on nourishment from the budget. They will not be easy for at least a month, at least three to pay wages to its employees, received as a gift from the President “a long vacation”. Another thing is the owners of small and medium enterprises, which crippled the demand and slammed the first week sudden “holidays with pay”.

At whose expense “walk” is becoming clearer — not for the budget. “Coronavirus quarantine” needs to pay for itself private business. Although it is hardly reasonable to ruin one for the sake of others. In the end, to die of hunger rather than from respiratory failure.

But the Kremlin, unfortunately, doesn’t stop and goes further. Another group of potential “victims”, which the authorities are trying to shift responsibility for what is happening, it is regional and municipal authorities.

We have not had time to forget how hard two decades, Vladimir Putin has built a “vertical of power” — to the extent that in the new edition of the Constitution has decided to eliminate even the frail independence, which was the municipalities. Now he suddenly offers to remember the regions that they are unable to solve something, and the governors prescribed at all unusual to become independent, responsible and “adult” leaders.

If Russia suddenly again became a Federation — the first time somewhere in 2004 when the abolition of direct elections of heads of regions.

The Kremlin has just made the national republics to abandon the mandatory learning of native languages and to eliminate the presidency (because the person posts with the same name we can have only one). And now, when trouble came, Putin seemed to negate the work done and says: “the regions are largely based on the objective situation will make decisions about how the subject of Federation or in its individual municipalities will be implemented in accordance with the decree of the President of Russia which agencies and organizations should cease their activities, and which can continue under strict security of citizens.”

Money, it should be noted, these new functions of the Federal potbelly doesn’t offer.

However, here too, all in two ways. On the one hand, the President is trying hard to provide an outline of: the governors should carefully monitor all decisions “anticreasing headquarters” of the government of Michael mishustina. On the other — they themselves must make decisions taking into account local specifics. Thus Vladimir Putin did not dare, either directly to praise or to scold those regional leaders, who followed Moscow mayor Sergei Sobyanin themselves have introduced restrictive measures to combat the epidemic (under various names).

It turns absurd. We need to be independent — but strictly within the framework outlined by the government. Thus at the output of these frameworks seems to be no penalties are foreseen. The most active such warning might not pay attention, but the most cowardly, or tired, I just leave, fearing liability.

A couple of people have already did it. To retire off of the Arkhangelsk Governor Igor Orlov and the head of the Komi Sergei Gaplikov. The first found a replacement in the person of the head of the Nenets Autonomous Okrug Alexander Tsybulsky. Second seat, in full accordance with the spirit of time, took doctor Vladimir Uiba, before that worked as Deputy Minister of health of the Russian Federation.

And it’s not so important whether the Kremlin decided that in these troubled governors don’t have to rely on, or they were asked to resign themselves, given the resources available to realistically assess the ability to cope with the crisis caused by COVID-19. Most likely, in the regions there will be more resignations. Many will not stand and will leave, others will be dismissed.

The governors were extreme — they are responsible for the situation, but without resources and real powers. They are now two way. The first is to achieve these powers, gradually expanding the available through the Federal center, that is, to revive the actual Federal relations, and perhaps to build a new feudalism, an effort to “parade of sovereignties”. Second to fold their hands and expect that the Kremlin will come to their senses and take some responsibility for what is happening. The third option is to solve the problem for existing resources — unfortunately, almost not visible if not to talk about a few of the richest regions.

Anyway, the agenda in the near future will determine the regions, not the center. Their reaction depends on how the day goes the fight against the epidemic, and the heap of problems that it caused.