Home / policy / The Italian foreign Minister: the crisis in Ukraine questioned the principles of the OSCE

The Italian foreign Minister: the crisis in Ukraine questioned the principles of the OSCE 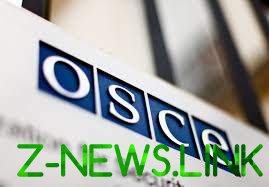 Italy became the Chairman of the OSCE.

Italy took over from Austria the chairmanship of the Organization for security and cooperation in Europe and called upon to perform the Minsk agreement on Donbass.

Italy took over from Austria the chairmanship of the Organization for security and cooperation in Europe in 2018 and called on all parties to the conflict in the Donbas to implement the Minsk agreements. As reported on the website of the organization, OSCE Chairman, Minister of foreign Affairs of Italy Angelino Alfano on January 11 will present the priorities of the Italian presidency of the organisation to the Permanent Council in Vienna.

Alfano called on the participating countries of the OSCE to demonstrate political will in addressing common challenges in the field of security.

“The OSCE is an organization that has always achieved specific results, when all participating countries worked constructively and had a true spirit of shared responsibility,” he said.

“The crisis in and around Ukraine have put into question the very principles on which the OSCE is based. Italy will continue to support the efforts of OSCE for the peaceful settlement of the conflict and urges the parties to fully implement the Minsk agreements”, – said the foreign Minister of Italy.

He stressed that a key priority of Italy’s presidency of the OSCE in 2018 will be “strengthening the multi-vector approach as a tool that will restore the “spirit of Helsinki” (Helsinki final act of 1975 approx.ed) and the further strengthening of peace, security, stability and cooperation”.

The slogan of the Italian presidency in the organization will be “Dialogue, ownership and responsibility.”

Italy will adhere to an open, transparent and inclusive approach.

“Common challenges require mutual solutions. We will try to revive the “Helsinki spirit” not by returning to the past, but with a demonstration of the new mood which helped to keep the dialogue even in the most difficult years of the cold war. The Italian presidency will aim to lead the OSCE’s efforts to overcome differences between the countries,” said Alfano.

Increased attention of the Italian presidency focused on the challenges and opportunities emanating from the Mediterranean region.

See also: Mattis believes the issuance of lethal weapons to Ukraine is a positive solution of Washington

As reported recently, the militants have not given the OSCE mission to check out the location of withdrawal of heavy weapons.