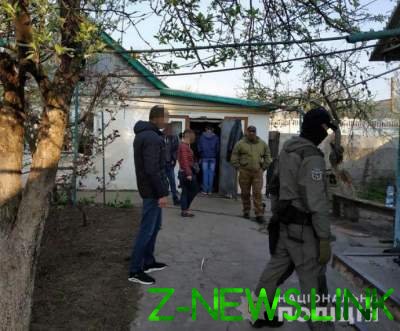 The man took off a few times, but criminals constantly found

Kievan attackers more than a year were forced to stay in a rented house in the Kyiv region and required him to rewrite the apartment.

In February 2018, the suspects learned about a lonely and vulnerable person in the property which is one bedroom apartment in the Podolsk district of Kiev. It ambushed the house and abducted. Until March 2019, the attackers kept the 46-year-old victim against his will in a utility room in Yahotyn. The man was constantly beaten with a metal pipe and rods to force him to sign documents on alienation of housing. The victim managed several times to escape, but the attackers later he was found and kidnapped again.

In the result of carrying out quickly-search actions militiamen have exposed intruders. During the authorized search in a private house, where he was held hostage, was discovered and seized cellphones, drugs, documents, and tools to bodily injury: hammers, specially equipped with sticks, knives and live ammunition.

The crime was committed by a couple of residents of the Kiev region, which were previously brought to criminal responsibility. To suspects threatens till 12 years of imprisonment with confiscation of property.