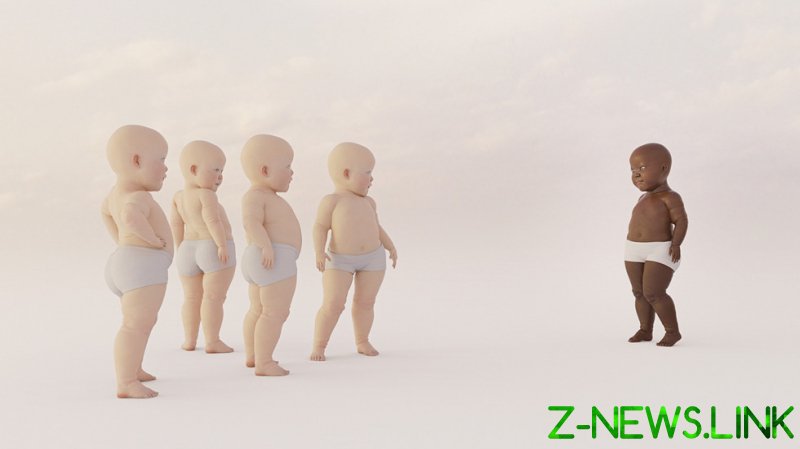 It is difficult to avoid the impression that increasingly the media discussion on race has acquired an obsessive, fantasy-like character.

In recent weeks, numerous media outlets have held forth on the need to be alert to the racist attitudes of babies. The New York Timeshighlighted this issue, when it featured a long essay by the journalist Melinda Wenner Moyer on the topic of how to make sure that your baby is not a racist.

This is certainly not the first time that I have come across attempts to create a moral panic about the threat posed by ‘racist babies.’ I still remember feeling a sense of shock when I read an article titled ‘Nursery alert for racist toddlers’ on the BBC News website back in July 2008. At that time, a UK government-sponsored agency published a report that insisted that nursery workers had to be “alert for racist remarks among toddlers.”

This 336-page report ‘Young Children and Racial Justice’ stated that “staff should investigate the reasons behind apparent racial prejudice.” On inspection, it became evident that authors of the report had a rather surreal definition of the kind of racial prejudice possessed by toddlers. It warned that a child may react negatively to a culinary tradition other than their own by saying, “Yuck”, and added that this may indicate a lack of familiarity with a particular food, or “more seriously a reaction to a food associated with people from a particular ethnic or cultural community.”

I am not sure what planet the authors of the report came from, but on planet earth it would be difficult to meet a parent whose toddler did not yell “yuck” before rejecting the food on their plate. Diagnosing the culinary taste of toddlers says more about the state of mind of the race industry than about the supposed attitudes of very young children.

Since the publication of ‘Young Children and Racial Justice,’ there has been a veritable campaign targeting the supposed prejudice of toddlers.

The construction of the fantasy of the racist baby conveys the assumption that racism is akin to an original sin. Whereas in previous times enlightened thinkers regarded racism as the outcome of social and cultural influences and power relations, today’s race industry represents it as a fact of nature. This argument is based on the equation of babies noticing differences between the appearance of people and being prejudiced and racist.

Moyer warns that “even if we don’t want them to, children do notice differences in race and skin color.” No doubt they do, but so what? An awareness of difference does not signify an attitude of prejudice nor one of racism. We expect and hope that children will develop the mental resources necessary for discerning differences between human beings.

In her essay, Moyer continually couples difference with prejudice. “Racial awareness and prejudice continue to develop during the preschool and grade school years,” she warns.

The principal motive driving the panic about racist babies is the aim of guilt-tripping white parents. “As a white parent, I feel a deep responsibility to provide my children with the tools and awareness to help rebuild our society into something better,” writes Moyer in a separate piece in The Washington Post. The implication of this statement is that unless you raise your child on a diet of books that target their white privilege, you are a bad and potentially irresponsible parent.

In line with the spirit of our times, warnings about racist babies draw on the authority of research. These days the invocation of the term ‘research shows’ is used routinely to clinch an argument. So, Moyer insists that “research suggests that we need to confront our unfounded assumptions about how and why racism develops, and then we need to engage with our children regularly about race, racism and anti-racism.” That’s another way of saying that white babies are likely to possess early traces of racism.

Another race guilt-tripper, Sarah Ezrin, echoes the mantra of ‘research shows’ when she states in Healthline that “research shows that it’s never too early to teach our kids about race”. Ezrin adds, “a 2017 study found that infants from 0 to 3 months old can already recognize race differences in faces and they more readily recognize faces of their own race.” Whatever this study found has little to do with racism. It is entirely normal that babies readily recognize faces of their own race. That babies are more likely to relate to people who look like them is a normal and natural feature of infant development. To racialize this response, is to empty racism of any meaning.

The racialization of child-rearing is bad enough. However, what’s even worse is the advice offered to parents. Race entrepreneurs tell mothers and fathers to avoid what is called ‘colour-blind parenting’. By this, they mean a form of childrearing that does not obsess about race.

The project of racializing early childhood is thoroughly irresponsible and a dangerous development. In effect, it demands that from the beginning of their life, children should be socialised to interpret their experience through the prism of race. Acknowledging so-called white privilege and, by implication, white guilt is the role assigned to white parents. In this way, they would ensure that the race industry becomes the moral arbiter of children’s lives. I can think of no better way of distorting children’s sense of reality.