The HTC U11+ will be released in the new simplified configuration

Previously presented smartphone HTC U11+ turned out to be a very interesting flagship sale which spoils only excessively high price. As it became known, HTC has no plans to reduce it – instead, she will release a simplified version of the cell phone, and it will happen in the first quarter of the new year. 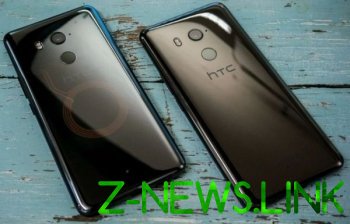 Evan Blass, known for the insider, and it insists that the release of HTC U11+ will take place in January, so expect it to 2018 CES in Las Vegas. According to the latest rumors, one of the cameras of the smartphone will be dual, and probably such will be the front to attract the attention of young people the opportunity to do high-quality selfe. Itself HTC U11+ will belong to the middle class and install it Qualcomm 652 or 660, and its screen is stretched to the aspect ratio 18:9 and adds a Full HD resolution+.

If you are not lucky, HTC will fall to the panel HD+, how does the budget models. All other parameters HTC U11+ not disclosed, but if it’s the middle class, that 4 GB of RAM and 64 GB ROM – that’s what awaits us in this handset. Competitors in the smartphone will be a lot, and the only way to make it a best buy is to install adequate the recommended value, as does Xiaomi. But HTC still hasn’t learned the art. By the way, 2018 at MWC the company will show its new flagship U12 Qualcomm 845.