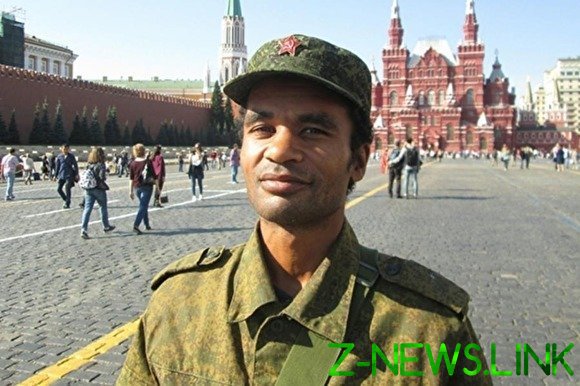 “He faces extradition to Ukraine”

In Russia have detained a well-known volunteer DNI after a visit to Chiesa.

In the Arkhangelsk region detained the representative of the militia of the self-proclaimed Donetsk people’s Republic Benes Ayo. About it reports “MBH media” with reference to Chairman of the initiative group “Clean Urdoma” Svetlana Babenko.

According to her, the Benes Ayo actively supported the opponents of the construction landfill in the area of Chiesa. In the public “Urdoma online” social network “Vkontakte” published his picture with ecoactivist, as well as information about the arrest. “Today in Urdoma detained a Latvian citizen Benes Ayo. He came to the station Shies and was going to go to Moscow. Which took the detainee is not yet known. The reason for the detention is unknown. Just a day before Benes interviewed by police on Cheese questions to him was not”, — is spoken in the public.

Svetlana Babenko said that the relationship with Ayo lost and the phone were taken from him. A member of the Communist party Dmitry Saraev has declared to the edition Regnum, that the militia was allegedly arrested at the request of Ukraine and now he faces deportation to that country. “In the Baltic States, he is wanted. Now on the side of militia fighting in the DNI. Is a member of the Communist party of the DNI. He was detained by the police in the Arkhangelsk region at Ukraine’s request. He faces extradition to Ukraine”, — said Barnes.