The guards missed to Ukraine of two Russian actors 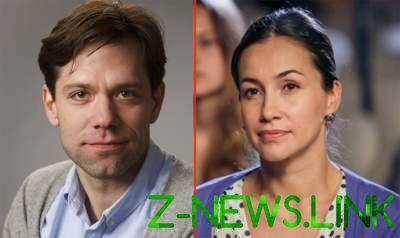 We are talking about Vladimir Seleznev and Olga Filippova.

On March 24, the guards missed to Ukraine of two Russian actors who illegally visited the Crimea.

It is reported by the state border service.

One Russian actor found at the airport “Borispol”, he arrived on a flight from Minsk. The second Russian actor flew to Ukraine via Odessa airport and planned to take part in the filming of the series.

“For violation of the law “On ensuring rights and freedoms of citizens and legal regime on the temporarily occupied territory of Ukraine” Russian citizens denied entry and banned from entering Ukraine for a period of 3 years”, – stated in the message.

See also:  It turned out the main purpose of wanton rudeness Putin to the West

The state border service urges citizens, trade unions, companies and NGOs who are invited to Ukraine of foreigners and persons without citizenship, to find out from them if they visited the annexed Crimea and occupied Donbas.

We are talking about Vladimir Seleznev and Olga Filippova.

It is noted that for violation of the order of entry in the temporarily occupied territory of Ukraine and departure from it is $ 800 Protocol.

See also:  Ukraine will continue the search operation at the crash site of MH17

In addition, through the offence of 310 foreigners were refused crossing the state border, and with respect to the nearly 240 – took the decision to ban entry into Ukraine.

Also since the ban on entry to Ukraine received 35 foreigners from among the workers of culture and art.