Home / policy / The government, Parliament, courts and regions were given the day review of the amendments to the Constitution 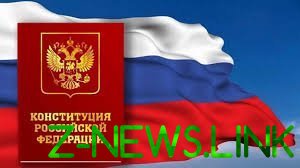 Committees and factions of the state Duma, the government, the Federation Council, the Supreme and constitutional courts, the chamber and the regional authorities have until January 22 to provide feedback and comments to the presidential bill on amendments to the Constitution. The decision adopted by the Council of the state Duma, according to “Vedomosti”.

January 21, reporters asked press Secretary of President Dmitry Peskova, what is the rush in the implementation of the proposals of Vladimir Putin on constitutional reform. He said that any initiatives of the President are implemented in priority order.

“This is the reality in which we exist, and it is absolutely clear the reality,” Peskov said

Vladimir Putin has announced plans to amend the Constitution on 15 January during the message to the Federal Assembly. January 20, he made a bill to the state Duma.

The first reading of the document is scheduled for January 21, the second reading will be held in February.

Three of four Duma factions — United Russia, LDPR and “Fair Russia” intend to support the bill on amendments to the Constitution. First Vice-speaker of the state Duma from the Communist party Ivan Melnikov said that his faction will determine its position later in the meeting.