The other day a colleague of Pavlov brought the good news: all of us waiting for a surprise gift for Halloween in the form of a rollicking horror film “Live evil” (Live Evil). Director and screenwriter Erie, Kirchenbaum (“Invented”) stirred up a mess of fun, violence and paranormality, and, according to the trailer, turned out cheerfully and funny. Way to brighten up an evening.

Halloween night turns into a nightmare for a small-town Sheriff and his henchmen when their police station is suddenly under siege. Horrific Evil is trying to destroy this place, and perhaps the entire world.

The finished film was lying on the bookshelves already in 2015, but on a holiday with him still brush away the dust. Starring starred Vladimir Kulich (“Vikings”) and Charlene Amoia (“Seven lives”), but not to mention the ubiquitous Tony Todd (“Candyman”, “final destination”), which tried on here a clergyman’s collar. In General, the output you can expect something cheap, but worth it. With the soul, not tainted. Well, bored, apparently, will not.

We got the first excerpt from the film. Very short, but gives a glimpse into the very Evil. What is this? Zombari eyes flashlights? Demons? Or both, mixed with a third? And who the fuck gave these guys weapons?!

In short, at least one eye this is a must see.

“Live evil” will be available digitally on various platforms with October 31, 2017. 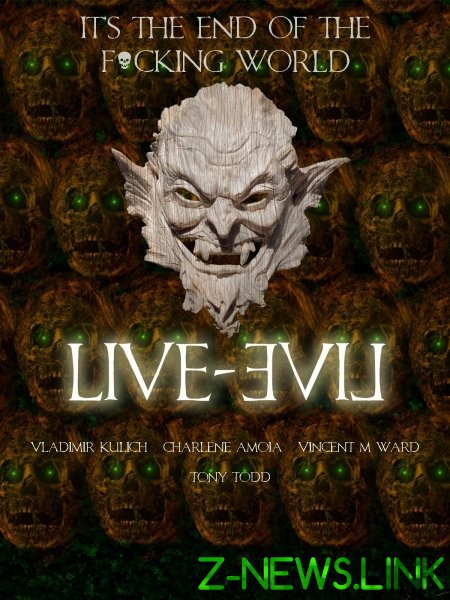