Home / Movie / “The fight in the block 99”: Valhalla is the name of Quentin Tarantino (REVIEW)

“The fight in the block 99”: Valhalla is the name of Quentin Tarantino (REVIEW)

The new film from the Creator of “Bone Tomahawk” — it already sounds interesting. His debut film S. Craig Thaler has established himself as a promising Director, and the second picture has only strengthened this opinion. The name of the American booming all over the world, pictures don’t come out in wide release, but already know it. Was expected of him.

We will remind, “Bone Tomahawk” was a kind of cannibalistic Western. Great cast. A huge number of empty, but nice hearing the men’s chatter. Story developing at the speed of foot cowboy in the desert. Hard bloody finale. It seems to me, is a movie like Quentin Tarantino. However, to delight it was and the second picture Salera.

“The fight in the block 99” tells the story of a man named Bradley. Not Brad. Bradley. Once upon a time he was engaged in Boxing, but does not like to talk about it. He had problems with alcohol, but now he’s sober. He and his wife are going through a difficult period, but deal with it. And none of these details is not revealed until the end. Everything we know about Bradley is bits of information, indicating that there, under the water the iceberg is even bigger. But the dude is so impressive, you know. Plays his nearly two-meter Vince Vaughn, and perhaps this is one of his best roles. Critics Won’t like too, probably a mediocre Comedy with Owen Wilson and Ben Stiller. Well, the remake of “Psycho” might ring a bell. However, I would like to think that thanks to the second season of “true detective” and such projects as “Fight”, the situation will change.

The hero Won out really interesting, ambiguous. Bradley is well-mannered, always ready to dialogue, to compromise, does not like racist jokes, he is a patriot, but not flaunting it. However, a good person to call is still difficult. Every mistake in his life — the result of a conscious choice. To improve the situation of his family, he becomes a drug courier, well, as you can guess, it all ends with a hefty term in prison. 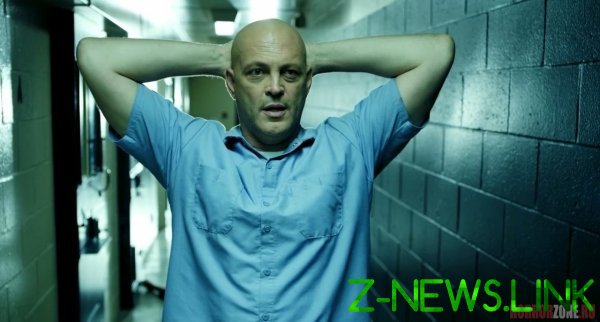 But most importantly (and maybe even scary), the inside of the Bradley’s living rage. Yeah, man copes with it. In a pinch you can always fight with the wife’s car. However, the time will come, and devastatingly deadly wrath will break out. However, up to this point, the viewer will have to tide you over.

The first third of the film is the most difficult. You watch and wait, and when finally all hell will break loose. Saler leisurely, he studies each scene, relishes a long pause, causing us to peer into the wrinkled faces of the characters. All of this is great to escalate the situation. However, the story itself moves quickly, almost rapidly. Vince Vaughn was left without a job, so he already came to success in the field of drug trafficking, and then on the horizon looms the same thing, and you immediately feel: it smells rotten. And Bradley also feels. But still it goes on. Because the family. This motivation is for him the highest. First America, then God and on top of his wife and unborn daughter. Sounds pathetic, so he Bradley you don’t say. He even talks a little, but each time carefully choosing the words, so often labels and sarcastic.

You know, quietly do my time the guy will not work. And it’s not that the inmates gave him a sweet life. No, at first, everything seems more or less bearable. But then, some scum put him an ultimatum: he must kill, or the family will do bad. The imperative of good family meets with a suppressed thirst for destruction with spark, storm, everyone will die. For the sake of the wife and daughter Bradley will break the arms and skull, he will take one prison for the other to hell will find hell other hell and get inside. And it reminds of two characters of a famous Danish filmmaker who also loves violence.

Bronson in the film did the correctional institution of his Gladiator arena, and then the theater stage and even artist canvas. However, he was driven by vanity and perhaps finding yourself. Bradley nothing in this sense. So his path is more similar to the story of silent hero of the film “Valhalla: a Viking Saga”. He doesn’t talk but knows what lives must die, so every step his faithful and closer to proper death.

Visually “the Fight in the unit 99” also reminiscent of Nicolas winding Refn of the severe period, when the tin of his paintings were not yet tempered with neon. However, Craig Thaler still simpler: his story is linear, the rhythm is consistently growing, bringing us to a crushing finale. Here you have to imagine a huge engine with stern-faced Vince Vaughn, who is moving on the tracks, gradually picking up speed, and you stood in his way, as if crazed with delight the deer. Why delight? But because the deer loves to watch how people do hurt each other. Oh yeah, don’t tell Mama DOE. And pain, physical pain, in this film will be enough. The fight scenes are staged perfectly, skillfully balancing between efficiency and realism. 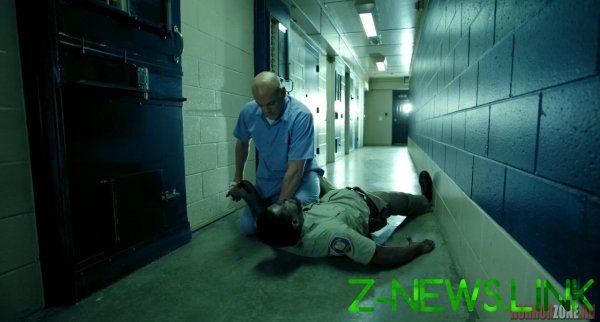 But get ready! By the third act, the picture jumps out of the framework of a crime drama into a film category B. at this point, the Director relishes not pause, open fractures and head exploding. Dark ages scenery Prison Prison guard at some Nazi uniform, no compulsory for the correctional system procedures and don Johnson, puffing a cigar, in the role of a local caricature of the führer — all of this obviously suggests that we have overcome the boundaries of reality. Our skull is also exploded, and very unnatural, if they were assembled from LEGO. We did everything right, and then reached Valhalla the name of Quentin Tarantino. The latter, however, definitely greased the LEGO copious fake blood, but S. Craig Thaler — still not Tarantino, Refn and not, and not trying to be. He just takes off here is steep and the right movie.

So, the ending will not surprise you, but will leave impressed. All well played and caught in the camera lens. A great ensemble cast. And if Udo Kier happy, rather, of its presence, Jennifer carpenter gives a strong and interesting game. However, the engine is still the face of Vince Vaughn.

The story was simple, rude, slightly crazy, but it was felt that it should be. 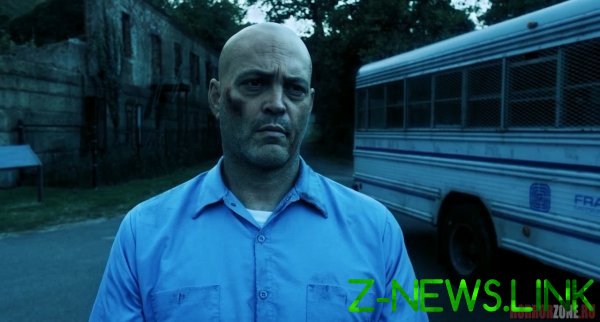 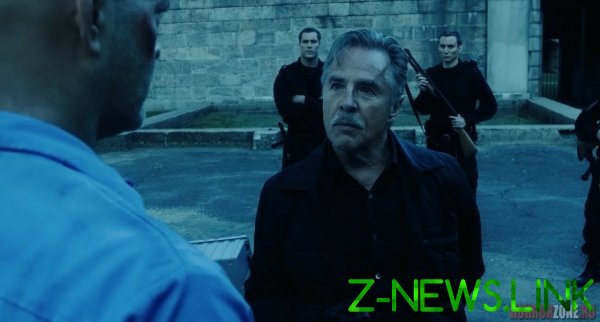 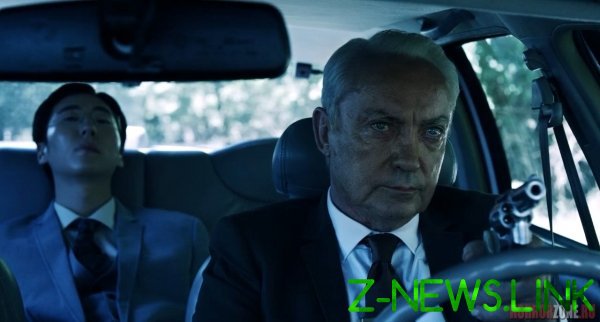 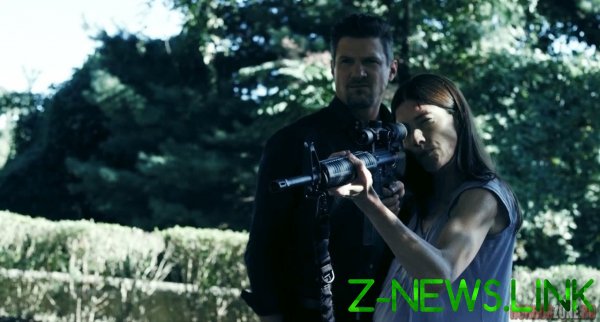 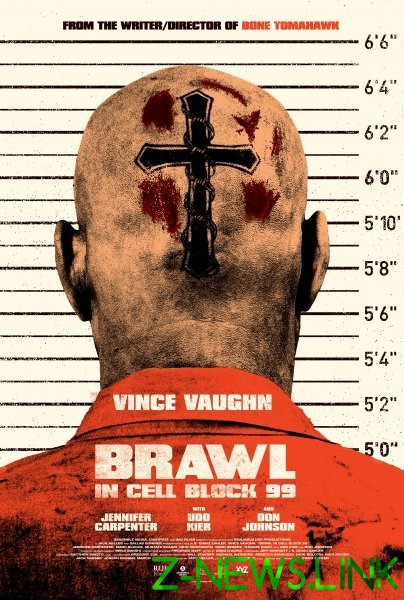