Home / WORLD / The European Parliament has called for regime change in Russia, but no one in Europe cares because it is a pointless talking shop

The European Parliament has called for regime change in Russia, but no one in Europe cares because it is a pointless talking shop 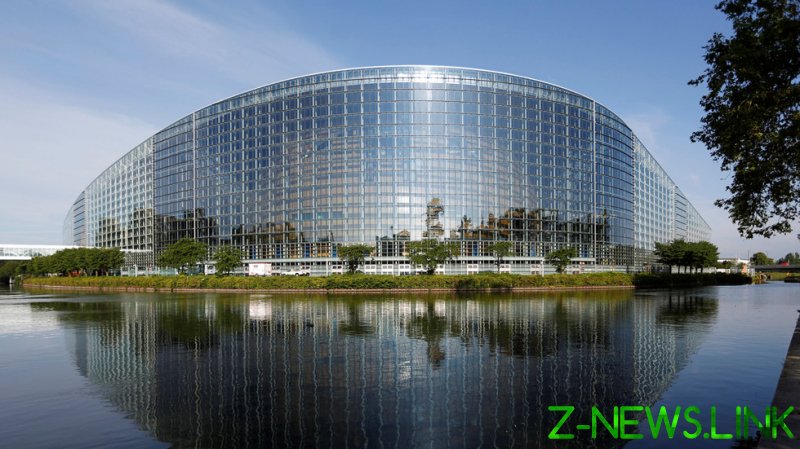 RT and other Russian media have been shocked by a draft resolution of the European Parliament which calls for regime change in Russia and proposes various measures to achieve it.  European Union citizens, by contrast, have ignored this story because they never pay any attention to what happens in the European Parliament. They know that it is nothing but a talking-shop whose role is to give a democratic façade to the fundamentally authoritarian and bureaucratic EU.

Moreover, this resolution is only the latest in a series of anti-Russian texts passed in recent years by MEPs, each as absurd as the last, and none have had any effect. Foreign policy is never run by parliaments because parliaments are not governments: parliaments are supposed to be an arena in which opposite opinions clash: it is obviously impossible to conduct diplomatic relations with a third power while having an argument internally.

In the case of the European Parliament, the situation is even more absurd because that body has so little power even within the European Union. Its principal function is to rubber-stamp legislative proposals made by the unelected European Commission which wields the real power in the EU. The European Parliament tries to compensate for its fundamental impotence by devoting several debates during each plenary session to what is happening in other parts of the world – over which it wields absolutely no power at all.

This nonsense reflects the fact that the European Parliament does not fulfil any of the functions of a real parliament, which is to sustain a government in power while also holding it to account.  Because power lies elsewhere in the EU, the European Parliament in reality resembles a vast NGO, an incubator for crazy and marginal ideas which prosper precisely because MEPs are disconnected from the real concerns of ordinary voters. The European Parliament is also like a students’ union, endlessly voting virtue-signalling resolutions on matters of world importance before going out for a drink.

The disconnect between reality and illusion is especially grave where Russia is concerned.  Monomaniac Poles and Balts have completely colonised the Russia issue in the European Parliament. All resolutions on Russia (as well as many related ones on NATO) are drafted by them. You never read a European Parliament resolution on Russia drafted by a German or a Frenchman, even though those countries have their own policy on Russia and their weight is far greater than that of, say, Lithuania.

This latest resolution is no different. The rapporteur, Andrius Kubilius, is a former Prime Minister of Lithuania who devotes the entirety of his political action as an MEP to attacking Russia, the successor state of the USSR which his country left 30 years ago.  He is like a robot that carries on performing the same actions repeatedly, long after they have ceased to serve their original purpose.  He never organises events on any subject other than Russia, and especially not on his own country or region, even though that ought to be the job of an elected representative.  He is a good illustration of the jibe that the European Parliament serves as a retirement home for political has-beens.

The dream-like quality of the activities of these people is especially clear in this latest resolution, which expresses the goal of the Friends of a European Russia group Kubilius has created in the Parliament: a ‘European’ Russia being, of course, a Russia without Putin. In it, he calls for the European Parliament to try to overthrow Putin and not to recognise the Russian parliament if the 2021 Duma elections are deemed unfair.  There are no prizes for guessing what the European Parliament will decide about these elections if United Russia wins, but what difference will it make? As a Lithuanian, Kubilius knows that the Western powers never recognised the incorporation of the Baltic states into the USSR after 1945 and that this non-recognition had not the slightest effect on the reality of that incorporation. The European Parliament also does not recognise Alexander Lukashenko as president of Belarus but, again, that does not make any difference to the political reality of that country.  As for its recognition of Juan Guaido as president of Venezuela in 2019, that silly piece of make-believe has now ended in well-deserved ridicule.

The only real function of resolutions like Kubilius’ is internal to the EU.  The Balts and the Poles are desperate to stop the completion of the Nord Stream 2 gas pipeline and indeed his resolution calls for this, as others have in the past.  But the recent decision by the Biden administration to resile from sanctioning German companies over Nord Stream 2 suggests that this attempt may be failing. The completion of a gas pipeline is an event in the real world which will have real consequences for many Europeans, in particular by reducing their heating bills. Resolutions in the European Parliament, by contrast, are nothing but hot air.