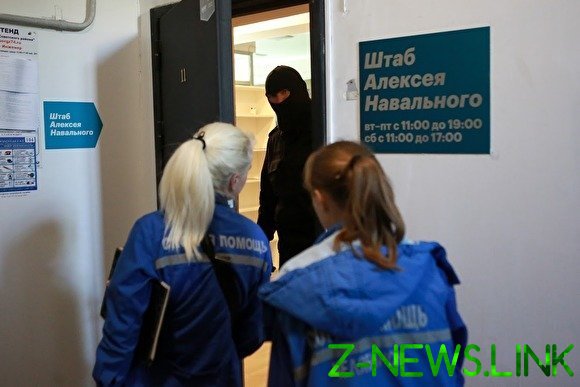 The European court of human rights (ECHR) went in the mail the first 30 complaints against staff of the Fund of struggle against corruption (FBK), which last year were searched in the criminal case on money laundering in FBK opposition leader Alexei Navalny. About this “Vedomosti”, referring to the lawyer of the group “Agora” Irina Khrunov, representing the interests of the applicants. All such complaints will be about 100. In all cases we are talking about the violation of the right to respect for private life and the right to freedom of speech and freedom of Assembly. The searches, according to the petitioners, was politically motivated and the judicial control is formal.

In total, according to the “Agora”, the Basmanny court in late August — early September gave no less than 152 orders searches in homes. They were all identical and differed only in their names. In this case the judge was sufficient “reason to believe that supporting the prosecution evidence can be found.” Then by analogy the courts of Moscow allowed the arrest of Bank accounts of about 150 activists of FBC and members of their families.

We will remind, criminal case about legalization of proceeds in connection with the financing based Navalny Fund of struggle against corruption (FBK) filed on August 3, 2019. The consequence considers that in 2016-2018 group of persons, including employees of FBK, received from unknown sources more than 75.5 million rubles, and then, disguising their criminal origin, he brought the money to the accounts of the FCO.

In late January, Navalny ally Leonid Volkov has informed that the Moscow city court overturned 14 of the regulations about searches in the homes of the employees and volunteers of the regional headquarters of Navalny, held in the framework of “business FBK” in mid-October. “Just appealed to us for the third wave 56 of the regulations repealed 14 of them — exactly 25%. On what basis are we, honestly, is not understood yet,” wrote wolf.

On the eve of Alexei Navalny said that he himself, his mother, his wife Julia and two children blocked Bank account. He suggested that a lock is associated with the “business of the FCO”.

Tags about cause complaints first raids