Home / Video news / The daughter of Cornet spoke about the relationship with the father. Video

The daughter of Cornet spoke about the relationship with the father. Video 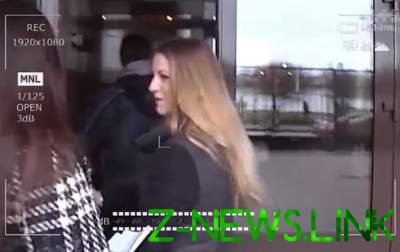 She refuses to acknowledge that her daughter is the so-called “Minister of internal Affairs of LNR”.

According to her, she changed her phone number and stopped going to school. Marina lives in Kharkov and studying to be a Prosecutor at the national University Yaroslav the Wise.

She refuses to acknowledge that her daughter is the so-called “Minister of internal Affairs of LNR”. In this case confirms that her name is Marina I. cornet and she comes from Lugansk. The girl told reporters that her parents are divorced and the relationship with her father – she does not support.

To the question whether the daughter of a terrorist LC, she said, “I Have family there and I go home to my mother and grandmother”. In this case, one of the grandmothers of the girl lives in Chuguev, Kharkov region.