Home / policy / The daughter of a pensioner from Moscow, which threw the coronavirus at the entrance, perhaps in the UK

The daughter of a pensioner from Moscow, which threw the coronavirus at the entrance, perhaps in the UK 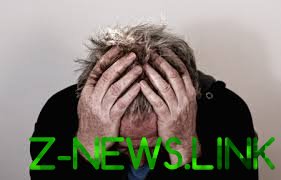 According to the lawyer representing the interests of the daughter of the sick, the doctors took the infected elderly man home from the hospital and unconscious, left him at the door entrance

MOSCOW, may 1. /TASS/. The relatives of capital of a pensioner Eugene Pecorina, which, according to them, the doctors are left with a temperature and a confirmed diagnosis of “coronavirus infection” in front of the house has prepared a complaint in GSU SK across Moscow and Department of health capital. About this TASS said the lawyer of the organization “human Rights Cards” Alexey Pryanishnikov, who represents the interests of the daughter of an elderly man Helena.

“In early April, 75-year-old Pecorina hospitalized with a heart attack in 13-th city hospital. After a week he was discharged, but soon again was hospitalized at the 36th hospital. There’s a pensioner contracted the coronavirus, he had a fever,” – said Pryanishnikov.

According to him, the doctors decided to send the old man home. “They took him unconscious to the entrance and put the door. Seeing this, neighbors called the police and an ambulance, which took 15 man-Yu hospital”, – said the lawyer.

As told Pryanishnikov, the daughter of the pensioner has prepared a complaint to different departments. “Together with my doveritelnyi we have prepared a complaint to the Department of health, and of course in GSU SK across Moscow. We believe that is where the investigators will be able to understand this history and to give a correct legal assessment to actions of employees of the 13th hospital,” concluded Pryanishnikov.

A review of the investigation and of the Department of health has not yet TASS.