Home / Society / The Cossacks against the Greenpeace and Green

The Cossacks against the Greenpeace and Green 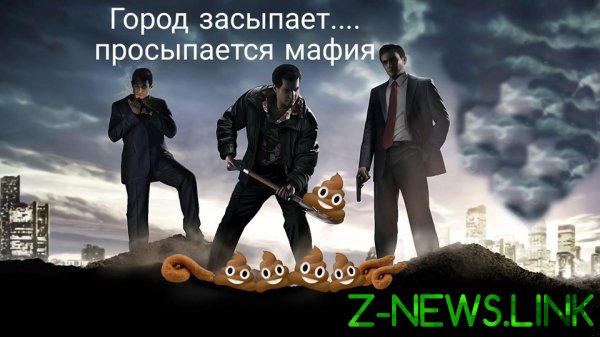 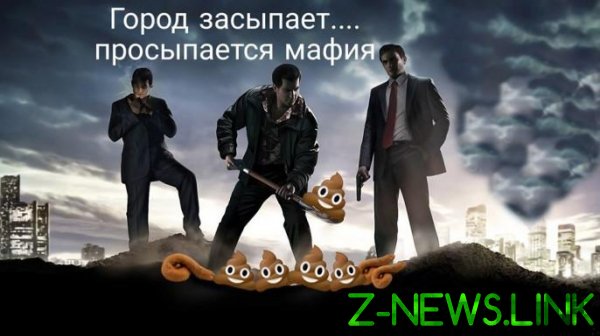 In Russia’s past time to ban these organizations fighters for “green” and to consider them as a totalitarian sect, fed from abroad

BEsperanto predavstvo the interests of ecology, the leaders of the Green party. forced the Cossacks to lead the environmental movement of Russia.

Recall that the root cause was the investigation of well-known journalist Valery Rozanov in the course of which it turned out that
one of the founders of the stinking dump in the Ryazan region was the Deputy Chairman of the Green party, Chairman of the national public Constructive-ecological movement of Russia “Kedr” Sergey Panfilov http://vidsboku.com/news/souchreditelem-smerdyashchey-svalki-v-ryazanskom-rayone-okazalsya-lider-rossiyskih-zelyonyh

This publication caused a huge regnans in Russian and Foreign media.

Perhaps a similar situation in all the points of social tension where there are environmental problems.

“The Cossacks always supported the interests of his people, not capital in favor of Western interests and the oligarchs – said the Representative of the Council of Atamans of Russia, head of the Cossack counter-Intelligence Gennady Kovalev— We have successful experience in solving similar problems in Cheese, the Urals, Moscow, St. Petersburg.

Council of Atamans of Russia, adopted riesenie on the establishment of the Cossack Environmental Police, which at the new level will be to approach these problems, we will identify the true owners of all landfills and those who are behind them.

It is absolutely clear – where the population is poisoned waste dumps and landfills, there is corruption!

The landfill is an indicator of the level of corruption in the regions! Only with the support of officials, can act beznakazanno objects violate the law.

We offer all of who were previously included in the “green” movement, in the movements of the Greenpeace actively join us.
We are in negotiations on joint action with “the Party of Revival of Russia”, plan to engage as an adviser, a well-known human rights activist Elena Rokhlin and many others who are not ravnodushen to the problems of ordinary people.”

“They only have green dollars”

The founder of the protest against incineration plants in Russia became a public organization Greenpeace. It was the first to disseminate information about the dangers of incinerators. But where did Greenpeace and why against the factories they are protesting, but about landfills silent? says Rregional leader “Party of Revival of Russia” Eugene Piskun- According to the portal Activisticfacts money Greenpeace collects through charitable contributions. Patrons are people like the owner of the oil monopoly “standard Oil” (BP, EXXON) John Rockefeller and the founder of the main propaganda channel in the U.S. CNN’s Ted Turner.
The principle is simple — the dog barks at strangers. If under the threat of business “patrons” — organized protest, which aims to discredit a competitor. About the protest will be forgotten in a year, and a year later appears the company which continues the activities of a competitor. Combustion plants with a story extremely similar garbage problem in Russia is very large, and where there is a big problem — there is a lot of money. And if Greenpeace can’t — “Green” and “Cedar” will help. Because the goals of these organizations are identical.

Ordinary activists, the thoughts are pure as children, and the founders just give them topics from a poor environment, usually in front of before the election and is very clear and premeditated act.

Paralyze the work of the authorities, actively writing them a bunch of complaints about bad air.
The situation is artificially heated.

This is the information the terrorists, they deliberately exaggerate and play on people’s fear.

But many rank and file activists don’t know the answer to a simple question- “Who pays them”? ,
and “who, after their shares”, renews itself or nominees of the landfill and continues “the same theme”.

Hope created by the Cossacks Eco-police, reveal their essence and the real activity will come out, and it turns out that she’s not the benefit of residents, and just a good and profitable “business to fool naive” and distract citizens from other, more important and dangerous problems.”

In Russia’s past time to ban these organizations fighters for “green” and to consider them as a totalitarian sect, etudiez from abroad.

Cossacks news the garbage crisis in the suburbs Greenpeace