The coronavirus can cause a shortage of building materials in Russia 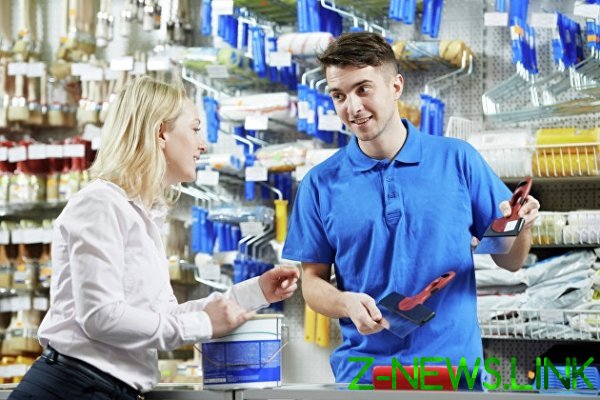 Due to the ongoing global epidemic of a novel coronavirus in Russia may be a shortage of Chinese materials and electronic components for elevators, told RIA real Estate sellers of building materials and developers.

China is one of the main suppliers of finishing materials in Russia. According to the Russian CEO sells building materials and home products network “OBI” Adam Rosinskaya, while the deficit in any category of goods, who sells OBI, is not observed, since the product range of the network is formed in advance in the months ahead.

Some items may disappear from the shelves, in that case, if importers are focused on a single Chinese manufacturer, and it will stop supply, warned the head of Department of foreign economic activity construction trading house “Petrovich” Andrew Smugly.

“Some products may be in short supply, but we do not expect mass failures on the range,” he said, noting that, “Petrovich” is the usual percentage of finishing materials in China does not exceed 10%, and the retailer normally has several suppliers of similar product.

According to Smuglin, its role in the formation of a range of Russian sellers of finishing materials have played a Chinese new year – the period of active spreading of a new disease was on holidays in China, when even the largest production stop and this was taken into account in advance. Now ship goods, made before the holidays, and any problems with the supply will begin to appear in late March — early April, he said.

“OBI” adjust the delivery schedules for the second half and say they will be ready to respond quickly to sudden changes in the situation.

Rosinskaya believes that an alternative to Chinese goods will be able to provide Russia, Belarus and some European manufacturers. But many of them rely on components from China, indicates Smuglin.

“We are now conducting negotiations with all its suppliers regarding their readiness to ship the goods and of components. Even if the product says “Made in Russia”, some rubber seals can be a Chinese production,” he said.

Considering all this, according to Smuglin, the price of materials, tools and finishing materials are sure to be the “jerk”. Although, he is confident that major providers will not allow unjustified rise in prices.

At the Moscow housing market with finished trim, the share of Chinese products is not very big, but in the Russian consists of imported components, including Chinese, for example, raw materials for the production of varnishes and paints, said the Director of Department of development of a product development company FSK Pavel Bryzgalov.

But a much more serious situation, in his opinion, may be in the Assembly of complex engineering systems, such as Elevator equipment. If the cabin and the ropes of Russian elevators exclusively local production, control electronics, electric motors and their components, usually Chinese. Similar situation with the elevators of the European brands. In addition, in the latter case, and the Assembly lifts is happening in China, said Bryzgalov.

“However, as history has shown with the anti-Russian sanctions, the Russian manufacturers quickly adapted to the conditions and in a short time offer an interesting alternative,” he said optimistically.

Events in 2014 showed the vulnerability of a variety of materials containing a high foreign exchange component, therefore, the company “Grenelle” has a policy of import substitution in the segment of economy and comfort class, told the chief architect of the developer Andrey Starikov. However, in the segments of high-class developer chooses European materials.

“While it is in the commodity supply situation coronaviruses we are not affected. Deficit, we do not foresee. However, the total pressure on the economy, leading to the volatility of the prices, of course, reflects in part the already mentioned segment of housing business class and partly the category “comfort plus”, – he said.

The Chinese authorities on 31 December 2019, informed the world health organization (who) about the outbreak of an unknown pneumonia in Wuhan in the Central part of the country. Experts have established the causative agent is a new coronavirus. The who declared the outbreak an emergency situation of international importance and gave the disease a name — COVID-19. The number of infected in mainland China has exceeded 80 thousand people, died more than 2.9 thousand people have recovered almost 44,5 thousand. Infections outside the PRC are recorded, according to the who, in 61 countries, the number of infected exceeded 8.7 thousand people, killed more than 120 of them.