Home / Society / The cook of a kindergarten about stealing…

The cook of a kindergarten about stealing… 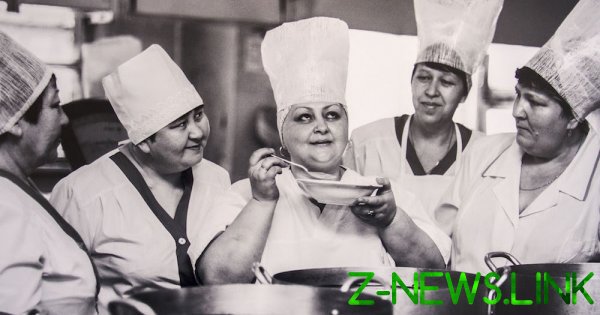 What smell do you associate kindergarten? At the time perfume, which was scalded cabbage leaf, left in one small citizen of our country a deep scar. And I was happy enough to eat, though not willingly. Today in the category “the Truth about work”, talking with the chef not so much about the smell as “offsets”.

Who needs to read?

Andrew (we changed the name at the request of the hero) went to culinary school to avoid conscription. For this reason, chose the “long” specialty (a) — “Chef baby food”. Worked in the kindergarten year of the distribution (plus six months of practical experience during studies). Happy to have changed the place of work after the distribution. Learned to cook and to love their former colleagues. 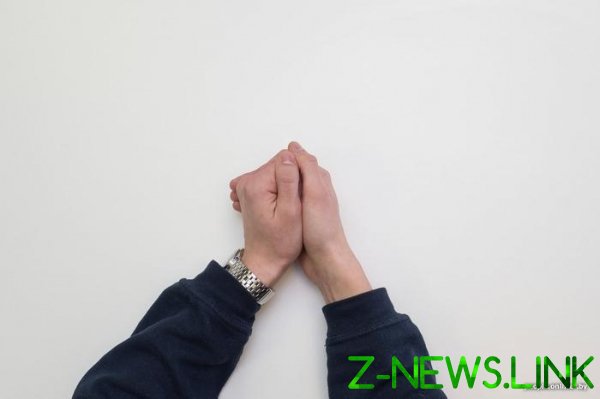 — Andrey, when you first came to work in a kindergarten, in the memory of the smell of food didn’t it?

— Honestly, no, nothing like that from my childhood I do not remember. Moreover, it seems to me that the kitchen smells quite nice. But when you saturate it a wonderful aroma, come home, you all begin to shy away. Especially if the menu was fish or a lot of onions.

— What can you say about studying?

— Not interested. Theory is outdated, along with some teachers. Mashed potatoes, chicken, vegetables, salads… At the end of study — comical exams. You go to the cooking shops, buy burgers and give them to the Commission through its. The Commission picks them up, tries and puts assessment — passed.

From the time of compiling these recipes even products has changed. If, for example, to make the oatmeal according to the canons, it can be cut with a knife. But if not put a couple of packs of oatmeal and water or milk, is a delicious sticky mess.

— Were you taught to do a wave of mashed potatoes?

— In books of such a Chapter as “Wave purest”, I have never met. But this is understandable, and spoken out loud: the wave is a beautiful flow to fewer potatoes to give a more solemn and voluminous look.

The first salary of 300 rubles. Last — about the same

— I have no option or desire to look for something. Practice in the restaurant was terrible: a lot of work without adequate payment. To break free from distribution, you need to pay about 5 thousand rubles. So I went there, where did the last six months of practice.

— You came on someone else’s vacant place?

— No, the usual story is that chefs are not enough. I came third there, where he worked two. This is a common kindergarten. In winter there are about 150 children in the summer — five times less. 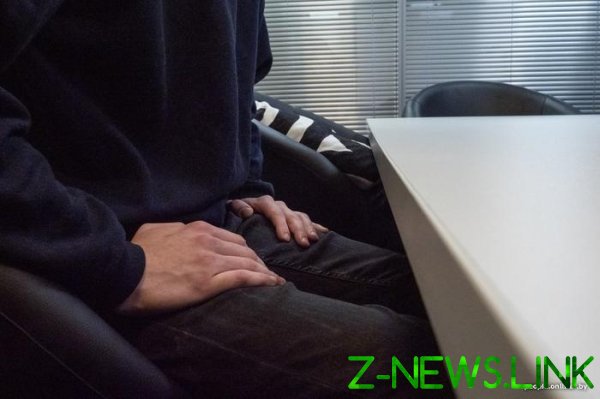 The first salary of 300 rubles. And last about the same. Now could raise by 10-20 rubles, does not matter. The women’s team, as elsewhere. Workers on average 40 years. They have little ambition. They are so comfortable. They are good people. Just target a big no-no and not necessary.

The first chef came by six in the morning, actually opening the garden. Late — children stay without Breakfast. Include hob, hood, begin to prepare. The second chef comes to eight, the third ten. In the evening of the previous day was done the menu for tomorrow.

— What are the needs and opportunities?

— There are norms of power: how much children should eat vegetables, cereals and other things. Plus what amount of. The menu is varied, changes over two to three weeks, then goes to the second round. If you urgently need to raise the price, then add orange or wafer, if you save, instead of juice will give the compote.

See also:  About these five things is to forget before the New year

Why is the food always so unappetizing

— Breakfast is given at approximately 8:30. The brunch consists of bread with a juice or Apple. A small dinner of braised cabbage with carrots (for example) remains almost untapped, because many kids get picked up early. Remains lunch is the most volumetric part of work. For example, mashed potatoes with a cutlet, vegetable salad, compote. And soup, of course.

— I saw the news 🙂 Yes, the normal practice is soup is. We also do this, though rarely. The chicken from the broth goes to souffle: is passed through a meat grinder, mixed with eggs and baked in the oven. Normal food. And inexpensive. As I said, sometimes the days can be cheap, and then you have to save. Sometimes Vice versa. So if today, the children at lunch the chicken broth, then tomorrow they may give borsch with beef and sour cream. And this broth is actually quite tasty and healthy, although I will agree, he looks shaky.

And not only him. From the photos all this food from canteens in people the appetite disappears. Why is everything so terrible? 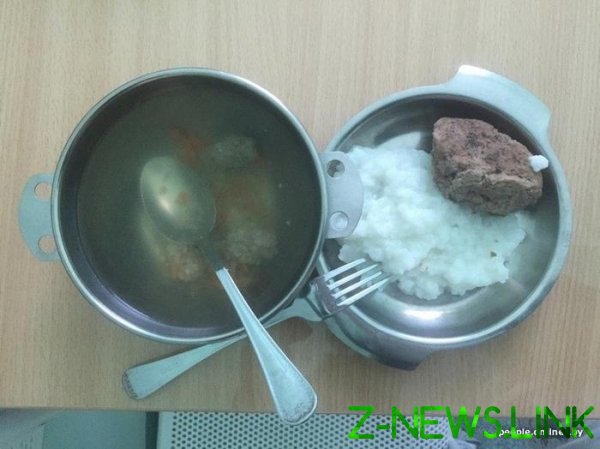 — First because the chefs cook is pretty average from the mid-level ideals. Secondly, there is no appearance. Burgers seal that fits more on a baking sheet. Third, the majority of gardens are still fitted with the ancient electric ovens and stoves, on modern equipment you can only dream of.

The chef is very time limited, especially if children are in the garden more than usual. To burgers or schnitzels had a more attractive appearance, before sending into the oven they should be lightly fry in a pan. No one does, because the time for the roast will go well and the risk is banal not to catch for dinner.

In the oven may not work one of the two heating elements, so that the bottom oven is barely warm, and on top of fries with a vengeance. All this greatly affects the appearance of the finished dish.

Or just loaf instead of meat all the spoils?

Take sugar for the kids

— Let’s talk about it. What the mechanics replace the meat loaf?

Not only meat. For example, porridge for Breakfast.

Pour into the pot of milk. But not all. If instead of 15 liters of milk to pour 12-13, no one will notice. The mess does not become less tasty.

With barley the same. Still children will not eat anything. Just have to throw it away. Despite the fact that enough food and cooks with the rest of the employees.

Tea take: if you fill up all the sugar in the recipe, then 180 milliliters children’s clubs have more than two teaspoons of sugar. So sugar is also good home.

Products, which can be taken with meals

Every day: bread, loaf, one or two packets of milk, a pack of butter, 300-400 grams of chicken or meat, onions/carrots/potatoes — but not laziness to drag.

Two or three times a week: a pack of cereal, a bottle of vegetable oil, a kilo of sugar, some fruit (banana, orange, Apple), a packet of cocoa, a packet of biscuits or a waffle, cheese, cottage cheese, fish, juice or yogurt, a package of sour cream.

— About once a week the children are given hot dogs. According to the rules, each put on 50 grams. However, suppliers and manufacturers do not know about, so often brought us sausages, which weigh, for example, 40-45 grams. The idea is that in this situation each child needs to be given a whole sausage cut missing plus 5-10 grams from another. Total the child in the plate will be a sausage and a number of some candy. It looks ridiculous, so children are given just the sausage, and what happens to the excess you already know.

A total of one salary.

See also:  It became known how much Kiev spend on road repairs to the "Eurovision-2017"

— I never thought that children because you are malnourished?

Thought. I refused, but you always shove. And then you get your first 300 rubles, and hands free. Do not approve, but I had to accept. This salary, look… we Need to live. 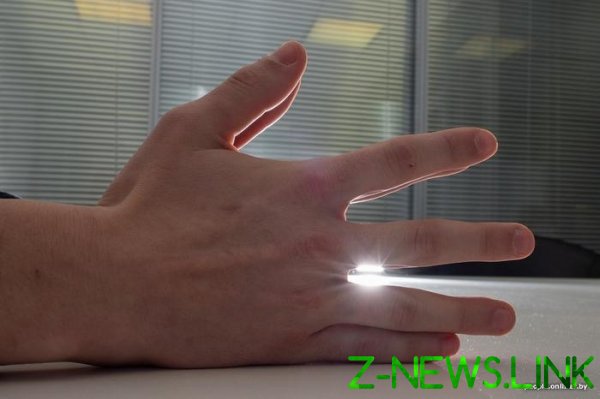 It’s such a sensitive topic… In General, the chefs prepare tasty. In the end, they all eat it. As a nurse with the head. But if you can safely cut something, then do it.

Sandwiches… Or just loaf. It is still no one eats (as with oil). Give the teachers — they sweat it out and throw it away. 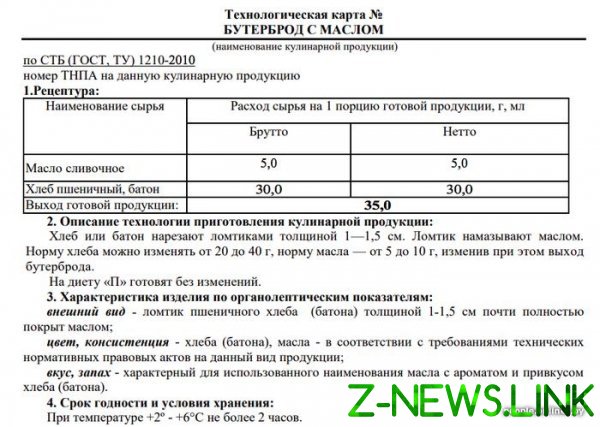 And grilled cheese always eat. Children generally eat only what they are fed at home. So I love hot dogs, macaroni and cheese. And we have a rule for vegetables is so high that it is practically impossible. But we have to. Here in the children’s menu is an endless list of various vegetable baked puddings, stewed vegetables and vegetable salads.

We prepare, for example, a delicious vegetable casserole or some sweet sauce — all by. Children do not understand such a meal. Well, who is at home is doing them a carrot casserole with cheese? Conditional 150 servings of casseroles 120 going in the dumpster. It’s a shame to see this actually. Products and your work in the garbage, but the rate on vegetables this month is almost done.

— Prepared food no one wants?

— I have not seen this. Everything is thrown in the General trash. Like food waste needs to come a special machine, but for half a year never this is not met.

— Everyone steals from himself or together?

— Stacking to the place where you will not find. It’s not personal — in common. If you will not stand, I say: what did you all put? Again, while people are all good.

— That is, its not bad to give to the kindergarten with such a kitchen?

— No. Bad or tasteless there specifically to do it. And food a lot more thrown on my plate.

— Is it with all these scandals, no checking see what is happening?

— Is there a planned city — all posted when she. The arrival of the inspectors we’ve set the table, cutting did. These did not really know. Come, head shake, then to the head and goodbye. There is a regional check — they are sudden. These are easy to see violations. Not what lies there, what is wrong with the shoes and so on. Violation — penalty. But the result is the same: go to the head, sit — to-date. What happens there is between them, not seen. 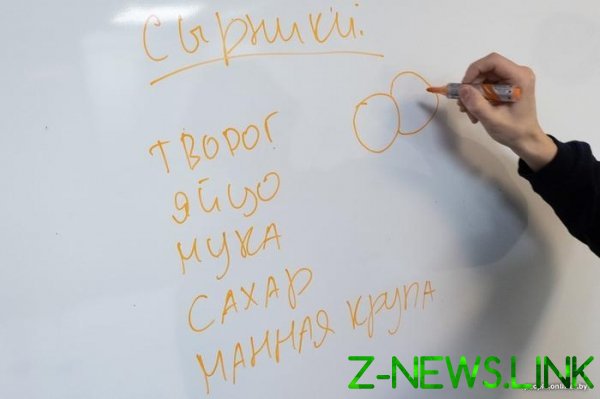 Andrew later asked to clarify that the semolina is added to a casserole, and not the cheesecakes. So don’t judge

If left by six in the morning, the hour of the day you can go home. According to the rules you need an hour or two later, but with a load after lunch can easily cope with two. Tomorrow someone else will go early, and so one by one. Come check — I would say that the store came out, no problem.

— Never had an ounce of doubt when they took the work book?

— No, he left immediately. Though discouraged. But the sincerity and life experience is good, and then what? The chef in the garden career growth at all. A maximum — to become a chef, but that’s only if the current quits or retires. Such increase will give you plus 50 roubles to the salary. In this case, you will do the same as ordinary cook, but will be responsible if anything happens. And paper work will increase.

And when there is no incentive to work disappears and diligence.