The coming clash of civilizations 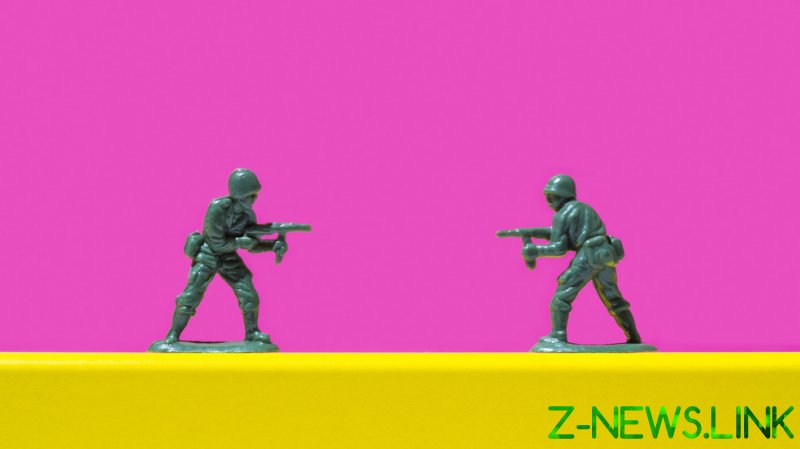 Their view is one of the ‘end of history’, as proclaimed by the scholar Francis Fukuyama. The problem is, Fukuyama proclaimed the triumph of liberal democracy more than three decades ago. It’s fair to say the world has moved on a little bit since then.

It is hard to deny that ideological competition is now making a comeback. And it looks as though in the coming decades the clash of ideologies will only become more intense. All three contemporary great powers – the United States, China, and Russia – are competing for more than material power. Representing distinct ideological faiths, they are also in competition for human souls. There is also a fourth competing ideology – radical Islamism – but it is now disembodied and lacks a ‘carrier state’ after the defeat of its most vociferous advocates.

The US now champions a liberal-progressivist ideology, which, in its most extreme version, is known as wokeness. In wokeness, the two main ideological strands of the modern West that have their origins in the European Enlightenment – liberalism and communism – finally reunite after a bitter internecine feud. When the opponents of wokeness compare it to radical Bolshevism, it is not without reason. In its fight against structural oppression, wokeness is ultimately about destroying social hierarchies for the sake of justice – and at the expense of order.

Taken to its extremes, this new Western ideological struggle for equity and equality leads to universal homogenization, inevitably destroying the diversity of social and even physical identities. In a novel by Mikhail Sholokhov, one of the characters, a fiery Bolshevik, was dreaming about a post-revolutionary world in which the borders come crashing down and people intermarry so there are no dominant and oppressed groups any more: “everyone’s appearance will be pleasantly brown – and everyone will be the same.” This Russian Bolshevik from the 1920s could join the woke squads in Seattle or Bristol in the 2020s.

China and Russia are often lumped together as ‘fellow autocracies’. But, in fact, Beijing and Moscow stand for very different ideological models. China’s is a synthesis of Marxist-Leninist-Maoist socialism blended with traditional Chinese ways, such as Confucianism and legalism, all boosted by advanced digital technology. The West increasingly fears China not only due to the growth in Beijing’s economic and military power, but also because modern China’s hugely successful record of development seems to validate the CCP’s ideology.

The coronavirus pandemic was a decisive moment that demonstrated the efficiency of China’s system. While most Western states, as well as Russia and India, disastrously failed to protect their populations from the disease, the world’s most populous country effectively won the battle against the virus. China’s system has a dystopian streak, but it is currently the most effective one when it comes to providing material wealth for the masses and protecting human life.

It is true that China lacks individual freedoms, but do humans really need freedom, the burden of which is often unbearable for the average man? The famous monologue of the Grand Inquisitor in Fyodor Dostoevsky’s Brothers Karamazov could well belong to someone in the upper echelon of the modern Chinese Communist Party: “They will understand themselves, at last, that freedom and bread enough for all are inconceivable together, for never, never will they be able to share between them!”

So where does Russia fit in? There is a misconception among many in the West that President Vladimir Putin seeks to revive the communist Soviet Union. In fact, the current Russian ruler has repeatedly made clear that he is very ambivalent about the Soviet model. Putin, in short, is no communist – in reality, he is more like a neo-feudal ruler. His system of top-down government, which is a hybrid of a traditionalist empire and a modern nation state, is probably the only possible way Russia could continue to exist as a single political entity.

Instead of Bolshevik radicalism, Putin’s preference seems to be the old Tsarist model: No plans to build an overseas empire, just a vast continental autocratic power relying on nuclear weapons, ‘healthy conservatism’, and ‘time-tested tradition’. Putin’s system is utterly opposed to revolution. His rumored spiritual confidant, the Russian Orthodox Church’s Metropolitan Tikhon, has been incessantly warning about the dangers inherent in uprisings and upheaval. The Russian leader himself openly detests instability as a fundamental evil, having said, “Russia’s political system is evolving steadily so as to prevent any revolutions. We have reached our limit on revolutions.” Putin’s words often sound as if they were coming straight from conservative leading light Edmund Burke’s ‘Reflections on the Revolution in France’.

Putin’s Russia has its ideals mainly in the past. That’s a major reason why the ideology of modern Russia appeals to many right-wing conservatives in Europe and North America who see Russia as the last major state that adheres to the values of what used to be European Christian civilization. Putin’s Russia has another advantage. Among the competing ideologies, it is the most appealing aesthetically. This may be because for Putin’s state, order is prioritised over justice. Justice, especially the unlimited justice of the ‘woke’, is often messy and even ugly. Order, especially a hierarchical one, has a powerful beauty. Think of the aesthetics of The Lord of the Rings or Dune. Similar to Hollywood epics exploiting medieval narratives, much of the appeal of ‘the Putin universe’ may be drawing upon the themes of power, masculinity, hierarchy, and miracle.

Another attraction of the Russian system is that, despite being somewhat imperfect in terms of political and civil rights, it probably boasts one of the highest levels of private freedom in the world. The state in Russia is generally reluctant to intervene in the private lives of its subjects, if only because it lacks the capacity to do so – and apparently does not seek this capacity, outside of the most recent Covid-19 measures, which have been opposed and overhauled in equal measure.

The Russian model does have one major drawback. It is ill-suited to deliver economic and technological development.  For a decade now, Russia’s economy has been stagnating and it is unlikely to take off any time soon. However, the lack of economic dynamism might be a systemic feature Putin is perfectly aware of, accepting it as a reasonable price for political and social tranquility. To achieve breakthroughs in development, you need to be willing to conduct massive societal-scale experiments, sometimes bordering on revolution. For all the differences in their ideological credos, the West and the CCP-led China share the taste for experimenting with their future. It is an irony lost on few that the new facial recognition system being developed in China to provide security in public places is called Sky Net, echoing the dystopian AI that haunts the world of The Terminator films.

Humanity can now choose between the West’s wokeism, Russia’s neo-feudal conservatism, and China’s slightly dystopian digital socialism. It is far from a wide selection on the menu, but it’s good to have a choice anyway.